The Kaleshwari (cultural) Mela is held on Mahashivratri day at Kaleshwari, 16 km north of Lunawada, Panchmahals. The Mela has been bringing to life Kaleswari Ni Naal, an archaeological site in Panchmahals, every Mahashivaratri. The Mela was organized for the first time in 1999, by Prof. Kanji Patel as a gathering of nomadic communities, stigmatized by history. In the Mela, mostly Adivasi, NT, DNT, and some other marginalized community artists gather to present their theatre, songs, folk epics, dance, and music. Every year more than 15000 visitors including people, writers, artists, perform in the Mela.

AatishIndrekar, Anish chhara, Umesh Solanki, and Hozefa had participated in the Mela and presented songs and poems from the ‘Nirdhar’.   15 books of Nirdhar were purchased in the Mela. Besides us, the poet from the Adivasi community had also recited their poetries.

It was decided to participate every year in the Mela with prior preparation and with different performances.

The Mela is enriched with performances of diverse community artists.

Parwaaz had organized a celebration of international women’s day on 30th March 2022. We have allied to organize the program. It was a bit delayed program due to the exams of the students and a few emergencies. More than 100 women and girls participated in the program.

The program aimed to felicitate the girls and women who have resumed their studies after being a dropout and to hear their struggle stories. They all have given examinations from NIOS and succeeded. The guest Prof. Raghvan from (Ahmedabad University), Swati, Shraddha from Sewa, Supriya from (Infoanalytica), Sayani from Driverben, and Ajaz Shaikh were presented in the program.

With the hand of the special guest, the trophy and certificate were given to the girls and they have shared their learnings. After that guests were given the platform to speak in which almost all of them have appreciated and encourage the women and girls for their future.

The one session was kept for the poetry recitation from ‘Nirdhar’. AatishIndrekar, Hozefa, Umesh Solanki, Mushtaque, and Sunny Patni have recited poems from Nirdhar related to the Women’s movement and present scenario.  5 books were purchased in the program, and 10 were presented in honor of the guests.

The program was organized collaboratively and we have done an active role from its design to the content of the program. For two days, Hozefa had given training to the young girls on two songs ‘Vo hamare Geetkyon Rokna Chahtehai’ and ‘Geet Gaa Rahe Hain Aaz hum’. Both the songs were beautifully sung by the girls at the beginning and end of the program. 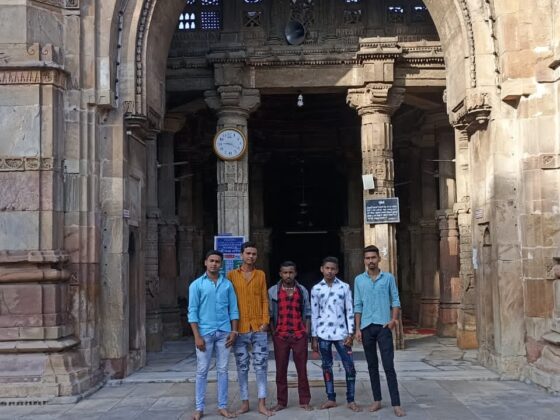 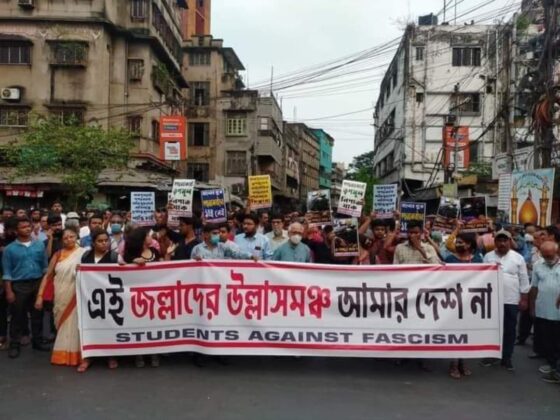 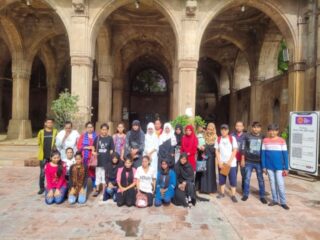 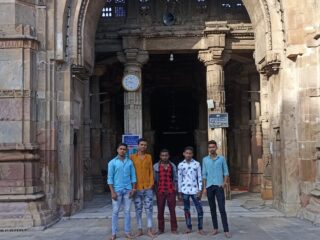 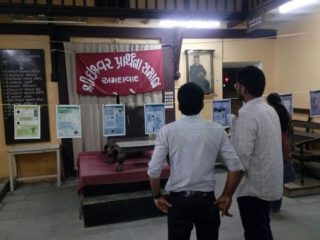 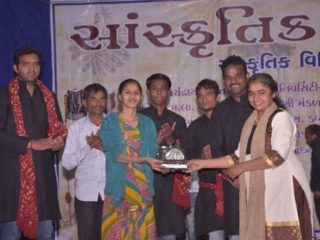 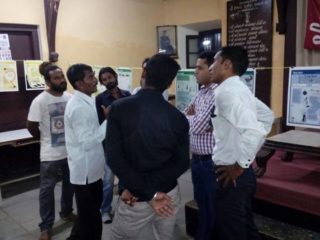