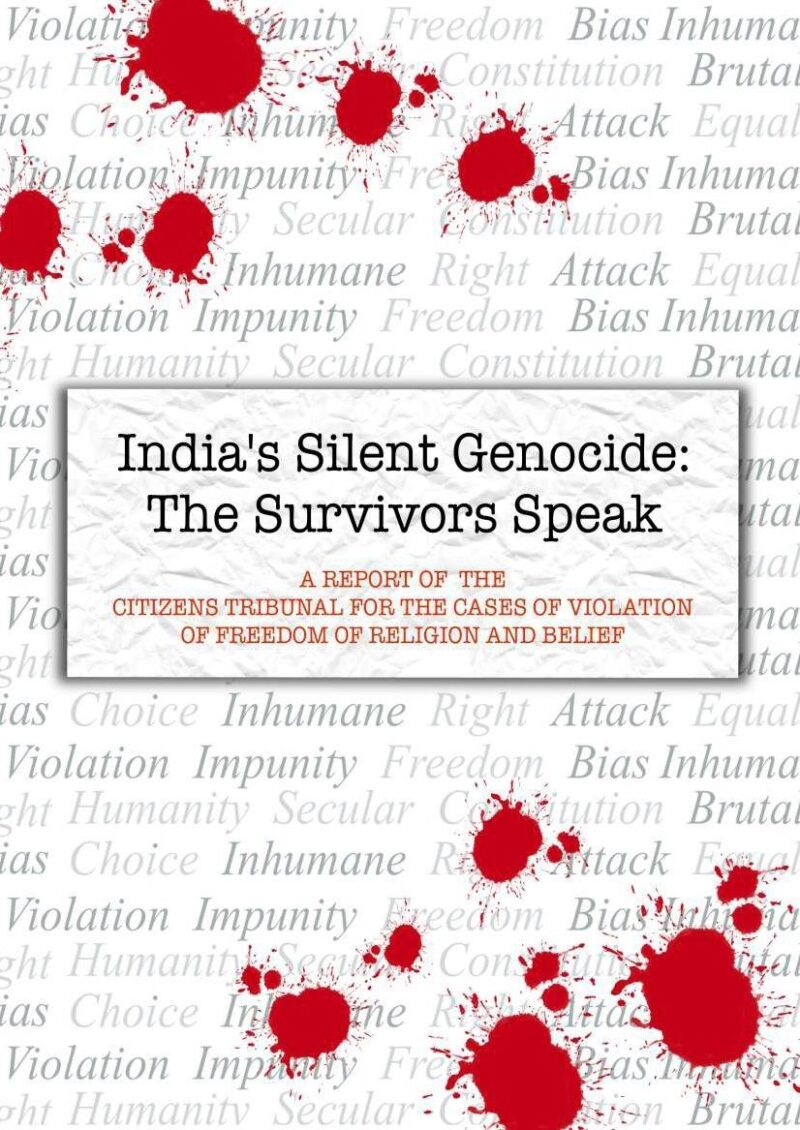 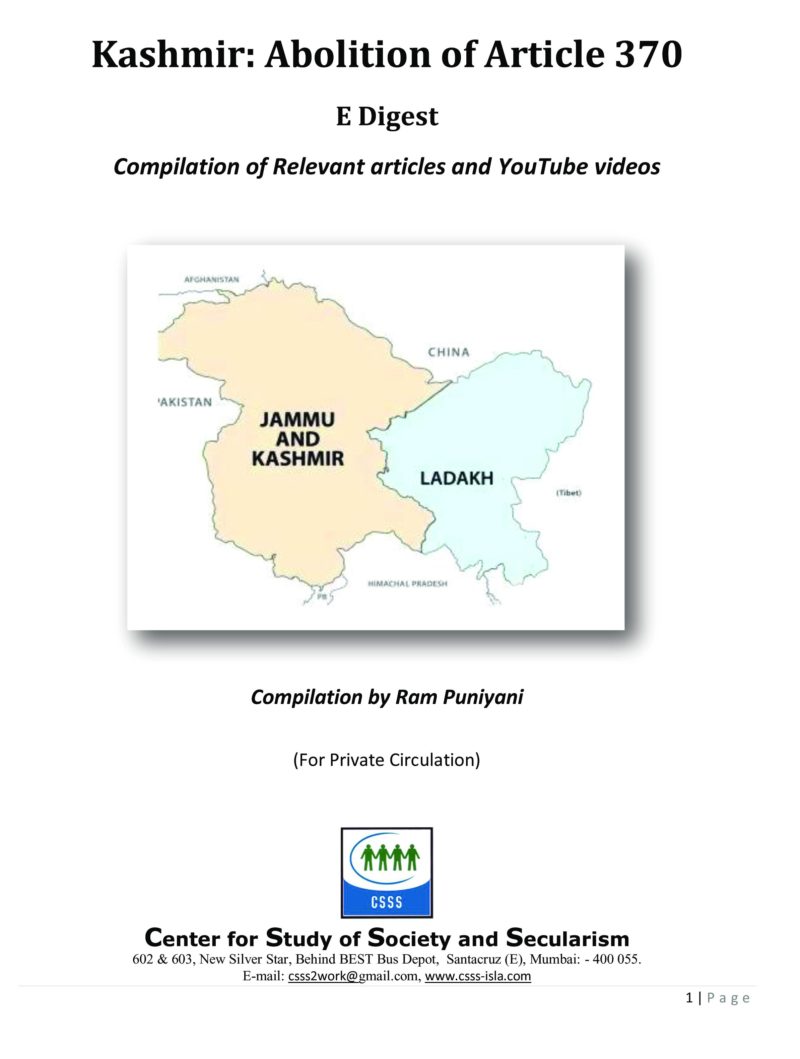 Kashmir has been in the news from last couple of months and the Government has abolished article 370 and Article 35A. At the same time the state has been split into two union territories.

All these actions of the government have been followed up by a massive propaganda that the Kashmir problem has been the doing of Pundit Jawaharlal Nehru, had Sardar Patel been dealing with the issue, the problem would not have been there. False claims are being made that Babasaheb Ambedkar was against Article 370.  A video film has been released by BJP to propagate these falsehoods at broad level.

This compilation is an attempt to put forward the documented History, the events which led to accession of Kashmir with India and the rise of militancy there off, why the Constituent Assembly drafted Article 370 as the part of Indian Constitution. The basic similarities in the approach of Nehru and Patel on the issue of Kashmir are brought out. Also how Babasaheb opined on division of Kashmir into Indian and Pakistani part is also outlined.

We also have given the video links of some of the YouTube videos on the topic. 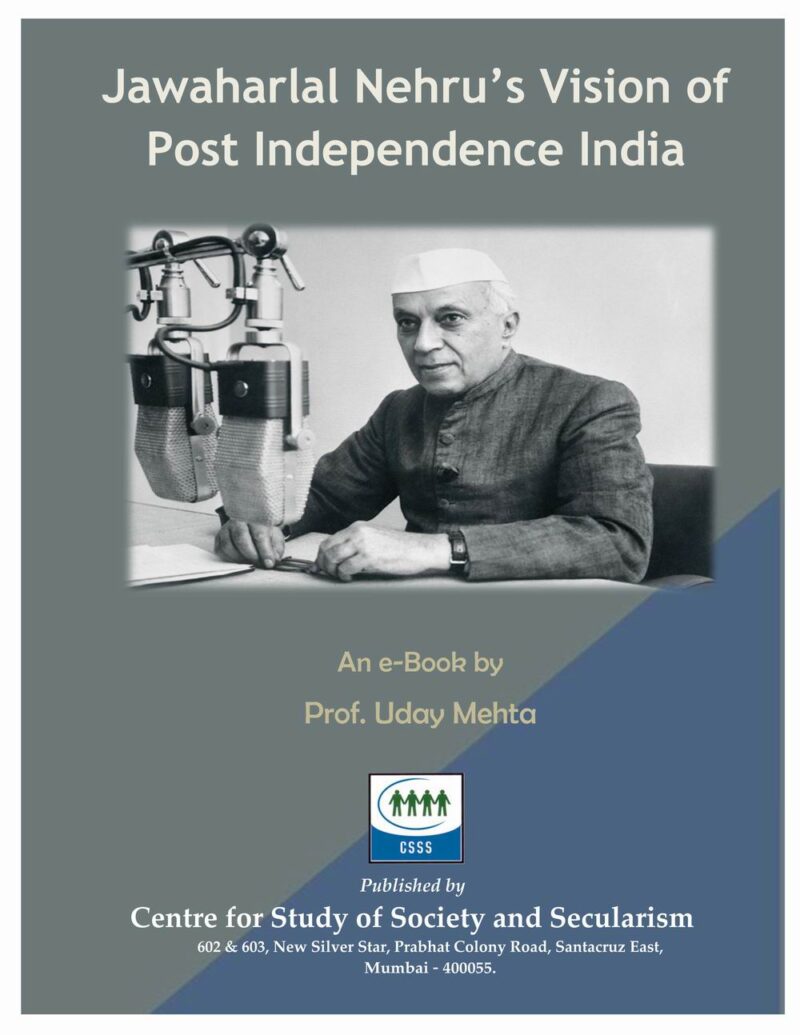 This book is a result of research project supported by the ICSSR about codification of family law for the Muslim community within Quranic framework. Extensive survey was carried out discussions were held with learned religious leaders of different Islamic schools of jurisprudence. The proposed family code takes into account sensibilities of all Islamic schools of jurisprudence and the Quranic principles of gender justice after studying family laws for Muslims in various countries.

Asghar Ali Engineer is internationally known Islamic theologian and scholar-cum-activist for peace and gender justice. He has been acclaimed both for his scholarship as well as activism and has been awarded several awards nationally and internationally including Right Livelihood Award which is also known as alternate Noble Prize. He worked tirelessly for inter-religious peace and gender justice. He has authored more than 70 books both written and edited. He has received honorary doctorates from three Universities. He has travelled throughout the world for lectures in different universities.

The date 6 December, 2017 marks the twenty-fifth anniversary of the demolition of Babri Masjid in Ayodhya—when a violent mob attacked and brought down the medieval structure. The event dramatically altered the socio-political trajectory of India; through the violence that unleashed across the country and the irreparable chasm created between communities. For many, it defined their social and political commitments as well as future professional and creative pathways.

The present volume is a collection of intensely personal, reflective, and even emotional memories of a few who witnessed the event and lived through the painful times that followed. Journalists, activists and artists go down the memory lanes in this anthology, offering us glimpses of the violence, despair, hope and resistance they experienced. Through the well-remembered personal accounts, this compilation brings individual truth-telling on par with analysis.

With fifteen unique essays containing personal anecdotes that are supplemented by relevant contextual information, this commemorative book presents the reader with the reality that may be forgotten or that which seems unfamiliar, along with the truths that have gone unacknowledged.

Dr. Sameena Dalwai is Associate Professor and Assistant Director, Centre for Women, Law and Social Change, Jindal Global Law School, Sonipat. She has an LLM from Warwick and PhD from Keele, UK, and researches on caste, gender, sexuality and law. She has worked as a lawyer with human rights organisations in Mumbai as well as health NGOs in rural Maharashtra and writes non-fiction in Marathi.

Ramu Ramanathan is a Mumbai-based journalist and playwright-poet. His plays include Cotton 56 Polyester 84, Jazz, Postcards from Bardoli, Mahadevbhai 1892–1942, and The Boy Who Stopped Smiling. His book 3 Sakina Manzil and other Plays is a collection of eight Indian plays. His collection of poems, My Encounters With a Peacock is recently published. He has been the editor of the Print Week India for the past decade.

Irfan Engineer is Director, Centre for Study of Society and Secularism, and Managing Editor, Indian Journal of Secularism. He is the recipient of Peace Ambassodor Award by Universal Peace Foundation. He has written several books and articles on communal violence in India.