West Bengal witnessed again genocide; it was a part of continued political violence. The murder of a deputy Pradhan in Bogtui village in Rampurhat subdivision under Birbhum district on Monday evening sparked off a chain of events that led to at least eight houses in the area being attacked and set on fire, resulting in eight deaths, including that of women and children

Two years after the communal carnage AAMRA had visited Shib Bihar, North-East Delhi on 25, 29 and 30 March, 2022. This area witnessed the most serious communal violence in 2020. We interacted with riot victims in their house. We also talked with local activists. A group discussion was held; women folks shared their present mental condition.

Md. Wakil had lost his two eyes. He is under treatment of Shankar Netralaya, Chennai. We also met with a young boy, Md. Sameer. He suffered a bullet injury. At present he is unable to move. He was under the treatment of a renewed hospital in Delhi, but the report is disappointing. The trauma of losing their nearest one, losing home is compounded by the uncertainty of what lies ahead. What can happen in the sudden absence of a support system is quite impossible to think about. They shared their anxiety with us. We are preparing a write-up based on our experience. 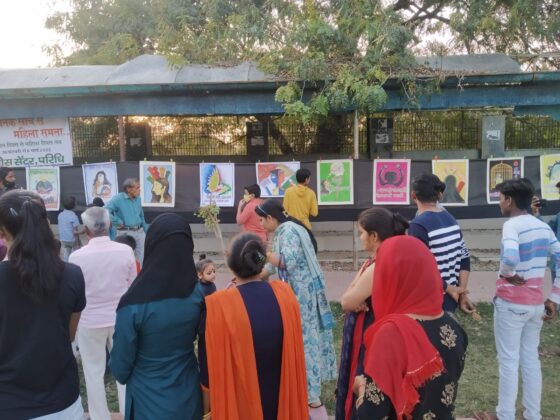 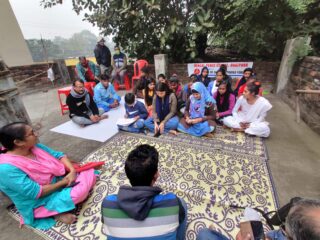