We live in times where the elite are promoting one nation, one tax, one language, one religion, one custom, one belief and no opposition and therefore accepting diversity and difference of opinion becomes a core value said Abhijeet Nair who was a part of the Diversity Exposure Camp organized by the Centre for Study of Society and Secularism in 2016. CSSS held a meeting- People for Appreciation of Diversity- on July 08, 2017 at G.D Parikh Centre for Educational Studies, Mumbai University, to discuss, appreciate and celebrate diversity. The purpose of the meeting extended to discussing the great challenges to diversity as well as the violence perpetuated in the name of imposing one religion, one habit, one tradition, one custom over rest of the population. It was attended by several scholars, activists, academicians, students as well as professors.

CSSS has always strived to promote diversity thorough its various programs. One such program is the Diversity exposure camp wherein 20 students take a 15 day course with the centre and explore the diversity in the city of Mumbai. They take lectures from renowned resource persons and go on field visits to different places of worship like the Mahim church, Siddhivinayak, Mahim dargah; places of cultural importance like Mazgaon, Kanheri Caves, Mani Bhavan, Chor Bazaar; Jewish Synagogue; RSS Shakha; Majlis; Torbe (Dalit Basti) et al.

Ms. Farrukh Waris gave a brief context to the topic and shared her experience of when she started working with two of her friends to have a more harmonious society. They decided to touch young lives by the way of writing and narrating stories. Each of them picked a language that they were the most comfortable to work with. They composed simple stories against discrimination in Hindi, English and Bengali.

Calling Vinay Nair and Venkatesh Jairam to the dais, Ms. Farrukh Waris, asked them to share something about their experience as a part of the 2014 Diversity Exposure camp as well as what they learned from it. Nair said that being a political science student the camp was a wonderful experience for him as he got to experience the practical aspect of what they were taught. He further said that the knowledge that he gained from the camp has become an important asset to him and will help him further in his life. Jairam recalled his visit to the Jewish Synagogue in Thane where he was surprised to know that Jews resided. He was glad that he got to learn about their culture and traditions.

The 2016 batch also had a lot to say too. The first student, who spoke, Gufran, was touched when he got to interact with the transgender community and got firsthand knowledge of what they go through and how they are forced to either beg or become sex workers as no one provides them with employment. Banisha said that her experience with the camp made her aware of a lot for instance the economic importance of Dharavi (the third largest slum in the world). She felt proud when she learnt, during the course of the camp, that the Muslim community women were actively fighting for their rights. For Aishwarya the 15 days of the camp were the golden days of her life. Her opinion that reservation is something evil and unnecessary changed when she visited Turbe. She gave a wonderful suggestion- to start a food festival wherein people from diverse cultures could get in different dishes and appreciate and embrace the wide variety present in our country.

Pravin Nadkar spoke about his upcoming program- Ehsaas.  Through the program they plan on getting together various artists, painters, writers, poets et al to understand and appreciate diversity in the field of art.

Father Myron gave very thought provoking suggestions saying that we should study the ideological link between Hindu Mahasabha and RSS and the Fascist parties of Europe to know where our country is headed. He also spoke about the urgency and need for Gender sensitization.

Indra Munshi, a retired professor at the Mumbai University, described diversity as a part of history and hence doing away with it would mean also removing what has happened over thousands of years which only possible by destruction. Difference of opinion and diversity in general is unsettling but it is an exercise and challenge to us and if we decide to take it, it is extremely rewarding. She further said differences and disagreements can exist but it doesn’t mean destroying the other. Differences and disagreements essentially involve trying to understand what you disagree over and then trying to find how a consensus can be reached or else if the same cannot be reached how to embrace those differences and live harmoniously.

Professor Kamla Ganesh brought out the distinction between cultural and natural values and went on to say that if a system or some traditions have existed it has some value for those who have lived with them but that value isn’t necessarily natural or inherent. She also talked about relativism and said that things don’t have to be necessarily in a certain way. A person belonging to one region may or may not choose to accept the culture and traditions of another. She talked about music and said that each form is distinct one but over the time there has been tremendous intermingling in music and no one feels threatened by it. Therefore there shouldn’t be a need to feel threatened by diversity.

Adv. Irfan Engineer, Director, CSSS, Mumbai ended the meeting with a call for an association or a platform of some sort to meet once a month to appreciate diversity by watching a film, visiting a place of historical or cultural importance, listen to music et al. 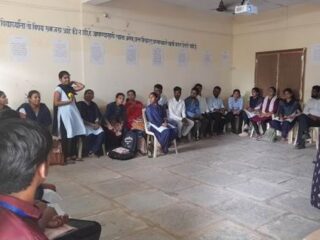 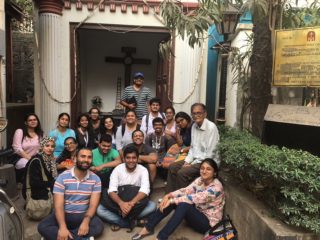