The winner of the Dr. Asghar Ali Engineer Best Published Paper Award for the year (2017-18) Sadia Aziz was presented with a memento and a cash prize of Rs. 25,000 for her paper titled Mosque, Memory and State: A Case Study of Jama Masjid (India) and the Colonial State c.1857 published in The Polish Journal of Aesthetics, 47 (4/2017), Jagiellonian University in Kraków.

The award to given to her on the sideline of the 13th Dr. Asghar Ali Engineer Memorial Lecture which was delivered by Prof. Prabhat Patnaik on “Democracy versus Majoritarianism” on 18th November 2019 at Jamia Milia Islamia, New Delhi. The event was organised by Centre for Study of Society and Secularism (CSSS) in collaboration with the Department of Political Science at Jamia Millia Islamia.

Sadia Aziz is a Research Scholar in the Department of History, University of Delhi, India. Her research primarily focuses on Medieval Indian history and History of Islam in India. Her research interests include Monuments of late Mughal period especially the imperial Mosques and Sufi Shrines. Currently she is working on the Mosques built by women- royal ladies, women of nobility and the nautch girls- during the late Mughal period in Northern India. 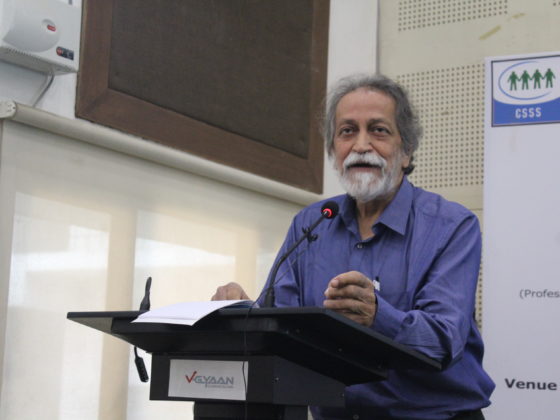 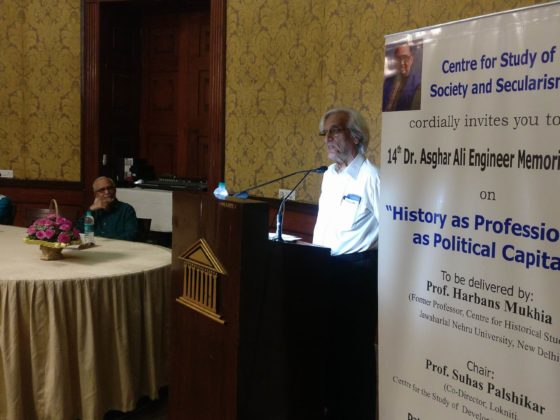 Harbans Mukhia: History as Profession and as Political Capital 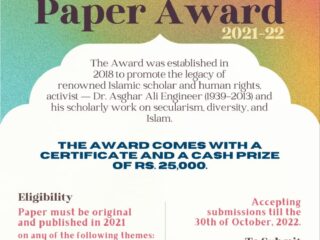 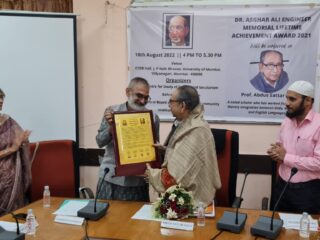 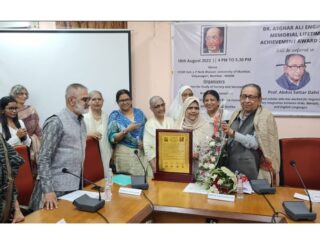 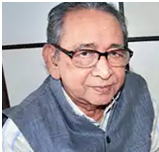 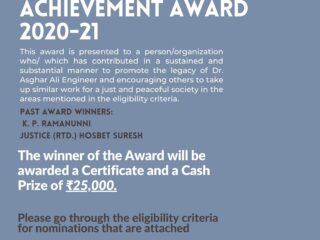 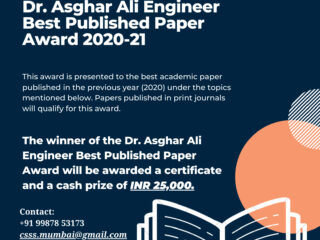 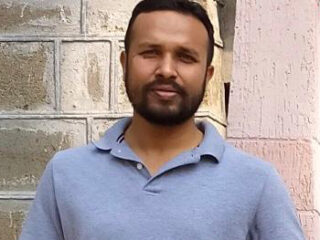