The re-conversion of Hagia Sophia from a patriarchal cathedral built by Justinian I in 537 CE to Hagia Sophia Grand Mosque in 1453 after the conquest of Constantinople by Sultan Mehmet II and into a museum of the same name by Kemal Ataturk in 1934 and again into a mosque of the same name on 24th July 2020 has thrown up quite a controversy. The reconversion of the Christian-Muslim monument in 21st Century that was a museum for nearly a century signifies the global rise and growing strength of the right wing politicians from all religions that misuse religion for their political ends and stoke religio-cultural wars. The conversion should be condemned in the strongest possible words. The Museum was a great tourist attraction.

I was pained at the sight of the first Juma namaz on the streets surrounding the museum converted into a mosque and the khutba delivered by the Imam with the Ottomon era sword in his hand. Muslims pray to one universal God to guide them to the righteous path and pray for piety. My thoughts on seeing the video of the prayers on the streets – if those who were praying were doing so to express their triumph – were they praying to Allah or to the bricks and mortars of the structure? Blue Mosque is just a few hundred feets away from the Hagia Sophia, and those who wanted to pray to Allah could have gone there to pray.

Reconversion of Hagia Sophia Museum to Hagia Sophia Grand Mosque is not triumph of Islam, it is, I dare say, triumph of politics which is alien to Islam. It is the triumph of a right wing politician accused of corruption – the President of Turkey – Erdogan, whose popularity is sagging due to poor performance of his government on the economic front and whose authoritarian rule represses the opposition. Erdogan re-configured the Kemalist state which imposed secularism from top to an authoritarian state by misusing Islam to consolidate and perpetuate his rule. President Trump is manipulating Christian sentiments to rally right wing Christian evangelists for his second term, George Bush stoked religious sentiment by calling his invasion of Afghanistan and Iraq as a Crusade, Islamists like ISIS, Taliban and Al Qaeda misuse Islam to achieve their political objective of an intolerant state, Bodhu Bala Sena in Sri Lanka and Myanmarese military misuse Buddhism to mobilize faithful followers for their version of Buddhist Nationalism and an authoritarian state, and in India BJP Government misuses Hindu religion to weaken all democratic institutions and push for centralization of power. The reconversion of Hagia Sophia will fuel Islamophobia and immensely strengthen the right wing politicians across the board.

Erdogan, rapidly losing his popularity at home on all fronts, is misusing Islam for another political objective as well – to expand the boundaries of Turkey and re-conquer the Ottoman territories and become the leader of the Muslim world. However, Muslim countries were never united as they all had their national goals to pursue. Erdogan’s military interfered into the Syrian conflict with the objective of annexing Kurdish inhabited territory of Syria. He failed miserably. Then he interfered into the Lybian conflict without making much headway.

Islam fully respects freedom of conscience. There are several verses in the holy Quran in support of freedom of religion. Quran explicitly states that there is no compulsion in religion. “For you your religion; and for me mine.” Jews and Christians are considered people of the book. Sufi saints in India considered even Hindus as people of the book. Allah has sent prophets in all regions of the world to guide the people and Quran reveals the same truth that has been revealed through earlier prophets. Maulana Abul Kalam Azad in his commentary on Quran has stated that a Muslim must believe all religions to be true. Non-Muslims in Muslim majority countries must enjoy equal rights. The Quranic righteous path is to strive for justice, struggle against inequalities in society, serve the neediest, deliver them from oppression and respect for diversity. Diversity is God ordained so that we know each other. Quran 2:148 lays down, “For each (religious following) is a direction toward which it faces. So race to [all that is] good. Wherever you may be, Allah will bring you forth [for judgement] all together.” The centre of all religions is Him, even though their ways may be different. We are ordained not to fight with each other but compete in doing good deeds.

The political Islamists have emerged as hypocrites. They are supporting Erdogan’s conversion of the Hagia Sophia Museum. Their support is not only to a mosque, as in Islam no mosque is more auspicious or holier than another as you do not pray to the mosque but in a mosque as a congregational prayer is recommended. Political Islamists and Islamic evangelists feel triumphant at the conversion as they think that Islam is superior over other religions and Sharia, which has considerable human element and interpretation, must be established in Muslim majority countries and imposed on non-Muslims or they should live as second class citizens under the subjugation of Muslims. However, wherever they are in the minority, they claim the right to practice their religion and follow their Sharia. If the Islamists are celebrating the conversion of Hagia Sophia into a mosque, would they accept similar conversions of mosques into religious structures of other religions where Muslims are in a minority? They wily nily justify the treatment meted out to the Rohingya Muslims in Myanmar and the Uighur Muslims in China.

However, majority of Muslims in their everyday life desire to live peacefully with non-Muslims in their neighbourhood and have an attitude of cultural dialogue which leads to rich diversity within Islam. Islam is matter of faith for them and they have learnt to live peacefully with their non-Muslim neighbours. They know the place of religion in their life. Conversion of Hagia Sophia is not a conflict between Islam and Christians. It is conflict between a minority of Political Isamists like Erdogan who and Islam of ordinary faithful.

Religion should be a source of knowledge and values. All religions have common values that teach spirituality, teach us not to be vulgar consumerists and individualistic but socially conscious about our duties to the society, sharing space with others and living in solidarity, coming to the aid of the needy. Imposing structures like Hagia Sophia have been monuments of power and authority to over awe and mesmerize ordinary suffering people who need livelihoods, housing, education, access to health services and fair opportunities for those with talents and desire for hard work to develop. Imperial religious structures mesmerize ordinary people into submissions to the will and desires of the elite. Hindu nationalists too are busy constructing such monuments – the Grand statue of Sardar Patel in Narmada Dist., Statue of Shivaji in Arabia Sea in Mumbai. I am afraid the Ramjanmabhoomi temple is also being constructed as an imposing structure, a statement of power of those who constructed it rather than temple of piety where faithful feel presence of God, feel liberated and inspired to pursue truth and true meanings of life, and a space where faithful feel inspired by the religious values of service to humanity, rather than be mesmerized into a submissive follower ready to be subjugated by the elite of the community.

There should be an end to conversion of religious structures in the 21st century. The monuments like Hagia Sophia should be a heritage of humanity accessible to people of all faith and restored as a Museum. Those in possession of Hagia Sophia and such monuments should hold it in trust as a heritage for all. Here I am reminded of the Prophet of Islam inviting the Christians who came to meet him in Medina to pray in their tradition inside the Mosque. When I was taking lectures for an Honour’s Course on Islam in St. Xavier’s College, Mumbai and one day when no classroom was available, the College opened its Chapel for lecture on Islam! I wonder if Muslims would open their Mosques for people of other faith to pray. In India we have Lotus Temple in Delhi, built and maintained by the Bahai community but for people of all faith to pray in their tradition. 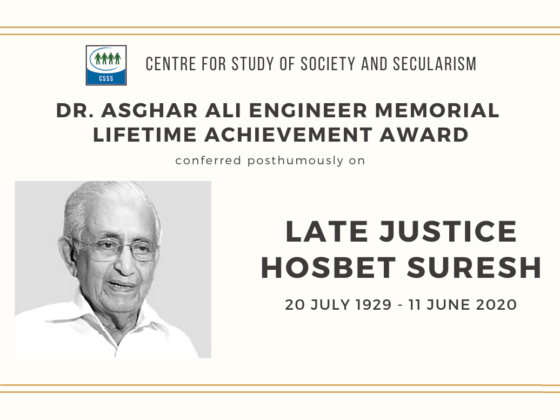 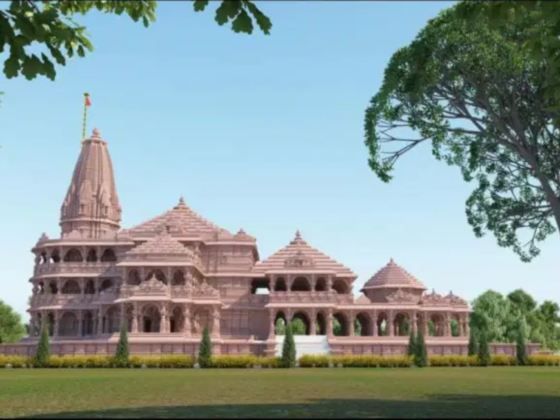 Lord Ram and His not very Humble Abode 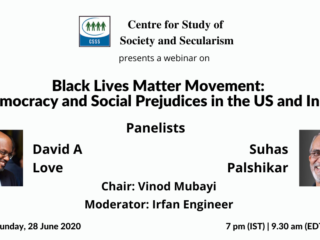 Report on Black Lives Matter Movement: Democracy and Social Prejudices in US and India 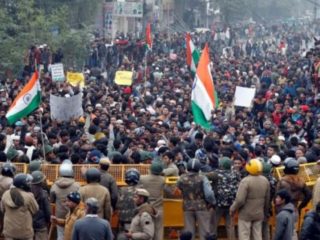 New Hope for Plural India in the New Year 2020 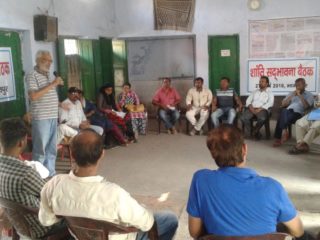 Building Communal Harmony at Grass Roots (An Appeal for Support)