The state of Uttar Pradesh is in the grips of the draconian law called Uttar Pradesh Prohibition of Unlawful Conversion of Religion Ordinance, 2020. This ordinance is essentially based on the conspiracy theory of the Hindu nationalists that Hindu women are seduced or lured by Muslim men in order to covert them to Islam under the pretext of marriage. While the claim is not supported by even a shred of evidence in terms of official data about such conversions, the UP government has been relentless in its propagation of falsehood. The ordinance attracts imprisonment of upto 10 years and is a non-bailable offence. Under the ordinance, any inter-faith couple has to apply to the District Magistrate two months prior to marriage in case the woman wants to convert before the wedding. The author calls this ordinance draconian because ever since it came into effect from 28th November, 2020, it is used as a weapon to target Muslim men and their families and the Hindu women who have exercised their agency and fundamental right to marry out of their own choice. Thus, that apart from being primarily anti-Muslim, this law is detrimental to the agency of women in general is a mute point.

The UP government has sufficiently demonstrated that this law is used arbitrarily to violate the fundamental rights of inter-faith couples. 11 cases have been made out under this law up to 21st December and 34 persons arrested so far- all telling a tale of discrimination, misery of ordinary citizens who dared to live and love on their own terms and blatant acts which undermine constitutional values (The Wire, 2020). Marriages between consenting adults have been stopped, couples separated and one such victim even lost her unborn child to this politics of hatred. Let us go through some of these cases to understand how this law is implemented and affected the lives of the couples which fall prey to it. These cases are compiled from different media reports that appeared in newspapers and alternate media.

The Uttar Pradesh police, on December 2, stopped a wedding between a 24-year-old Muslim man and a 22-year-old Hindu woman in Lucknow’s Duda Colony. The ceremony was to be solemnised as per Hindu rituals and had the consent of both families. The police, who were acting on a complaint by a vigilante group, Rashtriya Yuva Vahini asked the couple to seek the district magistrate’s nod for their marriage. The couple didn’t intend to convert. The mother of the woman said, “It is no one’s business whom my daughter gets married to. We have lived in a mixed colony all our lives and have been friends with Muslims. Then, why can’t my daughter get married to a Muslim? He does not want her to convert either… I don’t know who complained to the police or if they acted on their own”. (Rehman, 2020)”

In another incident, on receiving a phone call that a Muslim man was marrying a Hindu woman after converting her, police stopped a marriage in Kushinagar and questioned the groom and the bride, both Muslims. The allegation turned out to be false and the couple got married the next day. The man, 39-year-old Haider Ali, has alleged that the police personnel beat him up with a leather belt and tortured him for hours at the Kasya Police Station.

“On Tuesday afternoon, Shabeela and I got married. After the ceremony, a small party was on when a police team arrived and said there had been no nikaah. They wouldn’t listen to anything and took us to the police station around 7.30 pm. There they let the cleric go after he changed his statement and said the nikaah wasn’t final yet”, said Ali. While the watchman of Ali’s village Gurmiya in Kushinagar, Mushtaqeem Ali, admitted making the call on a tip-off by some Hindu youths, a local social activist who facilitated the wedding, Arman Khan, claimed a few Hindu Yuva Vahini members had “interrogated” the couple before the police arrived (Mishra, 2020).

Applying the law in retrospect

Any law is applied to the crimes which take place after the law comes into effect. A law can’t be applicable to the incidents that took place before the law came into force. Such application is against the spirit of law and justice. However, in the case of this ordinance, it is observed that the ordinance was applied to the marriages that took place even before the ordinance came into effect.

On 5th December, the police arrested seven persons under the anti-conversion law in Sitapur for allegedly abducting a 19-year-old woman. However, the case was filed on 26th November, two days after the alleged crime and two days before the law was notified, on a complaint by the girl’s father. On November 26th, the woman’s father got an FIR registered against seven people, including his neighbour Jibrail, on the charge of kidnapping his daughter. Citing some local residents, the father told the police that she had been converted to Islam (Sahu, 2020).

In the infamous Moradabad incident, 22 years old Rashid and his 25 years old brother, Saleem were arrested and released only after two weeks when Rashid’s wife, Pinki gave testimony that she had married him willingly without any force. Rashid and Pinki were on their way to have their marriage registered on December 5 when they were accosted by alleged Bajrang Dal men, who accused Rashid of “love jihad”, and took them to the police. Saleem was with them at the time. While Rashid and Saleem were arrested, Pinki was sent to a shelter home. Pinki repeatedly told the media, the police and the court that she had married Rashid willingly and wanted to live with Rashid family. Ironically, the couple had got married in July, well before the law came into force but were only registering their marriage in December. They were apprehended by Bajrang Dal vigilantes. The vigilantes brought Pinki’s family to the police station. While the police remained mute spectators, the vigilantes harassed the couple and questioned them. Pinki suffered a miscarriage in this incident. Rashid reported, “I told the Bajrang Dal men my wife is pregnant, but they hurled abuses at us. They dragged us to a police station and called my in-laws. We were then locked up and sent to a quarantine centre. I wasn’t able to meet my wife.” (Rehman & Sinha, The Indian Express, 2020).

Witch-hunting of the Muslims:

In Etah, the UP police have booked Mohammad Javed and his entire family of 11 members including three women. Javed’s wife was a Hindu and had converted over a month back and married Javed. The FIR was based on the complaint filed by the father of the woman who received a letter from Javed’s lawyer informing him their marriage and the wife’s conversion. Six family members of Javed have been arrested and five are “absconding”. A reward of INR 25,000 has been announced on each of the 5 accused (Lavania, 2020).

This law has the potential to be misused to implicate Muslim youth under questionable circumstances or for vested interests.

In a separate incident, the superintendent of police in Shahjahanpur said that a Muslim youth identified as Mohammad Saeed, was arrested on charges of allegedly sexually exploiting a woman after concealing his religion. The police said that the man, who was booked for rape and extortion, was also accused of taking intimate pictures of the woman and blackmailing her. In addition to forcing her to give him money, he had recently also started threatening her to marry him by forcibly trying to convert her, the police said. Vishwa Hindu Parishad office bearer Rajesh Awasthi went to the police station along with the woman to lodge a complaint against 12 people, including the qazi who solemnised the marriage, police said.

In Kannuaj too, a case was registered against a Muslim man for marrying a Hindu girl allegedly through a fraudulent Hindu identity. A complaint was registered after a man alleged that his daughter was married through fraud using a fake name. A group of BJP leaders reportedly also accompanied the complainant to the police station and assured to help the father (The Wire , 2020).

The UP police are seen to be implementing the law selectively. In Bareilly, police did not entertain the complaint of a father that his daughter had married a Hindu man after conversion. Police said they went by the woman’s testimony that she got married in September before the law came into force. Here in contrast to the Moradabad incident where the husband, Rashid was Muslim, in Bareilly, the husband was a Hindu. Thus the police didn’t press charges whereas in the Moradabad case, Rashid and his brother Saleem were arrested. Shahid Mian, the father of 22-year-old Alisha, lodged an FIR at Prem Nagar police station in Bareilly stating that his daughter had been kidnapped by three persons, including the owner of a firm where she had worked. Besides Siddharth Saxena alias Aman (24), who married Alisha, the FIR named his sister Chanchal, who was her colleague at a private firm, and the firm’s owner Manoj Kumar Saxena. In the FIR, the father claimed that on December 1st, his daughter left home “to collect pending dues from her office” and did not return. Finding her phone switched off, Mian said, he went to the office and met Saxena who did not provide any information. Mian claimed that Aman used to pressure his daughter for marriage, which led to her stop going to work. He accused Manoj Kumar and Anchal of putting pressure on Alisha to marry Aman. While in Bareilly, the policemen dropped Alisha back at Saxena’s house, in the case of Moradabad, Pinki was sent in a remand home where she suffered a miscarriage (Sahu, Indian Express, 2020).

Nexus between police and vigilantes:

In most of the cases, the role of the Hindu nationalists and vigilantes is very prominent. They are giving tip offs to the families or police or fearlessly apprehending the couples as seen in the above cases. They are also in some cases instigating the parents of the Hindu women or even forcing them to lodge complaints against the Muslim family. What is appalling but predictable is that the police have given the vigilantes a free hand to intimidate the couples and the families with complete impunity. While the vigilantes openly indulge in violence against the couples in the presence of the police, the police remain mute spectators leaving the couples at the mercy of the vigilantes. This is an alarming precedent or trend given that the police are vested with the duty to maintain law and order and protect innocent citizens. But in this case, it is operating hand in gloves with the ruling dispensation and the non-state actors enjoying political patronage.

The anti-conversion ordinance is a beating stick in the hands of the ruling dispensation in Uttar Pradesh to target the Muslims and women who dare to exercise their agency. While the various high courts have ruled that choosing one’s life partner is a fundamental right guaranteed under the constitution, the state of UP is relentless in destroying constitutional propriety. The vigilantes are powerful in intimidating the innocent couples. Other BJP ruled states are bringing in similar laws which are institutionalizing discrimination and violation of fundamental rights including freedom of religion and right to life. 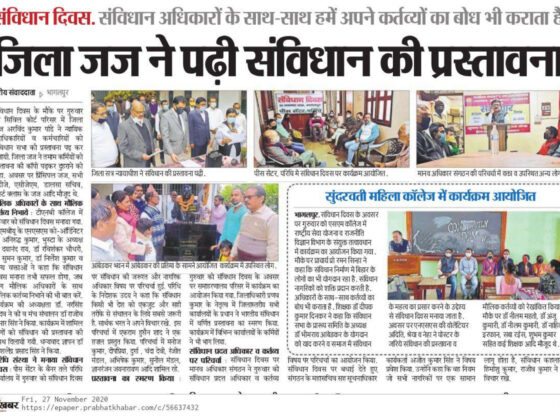 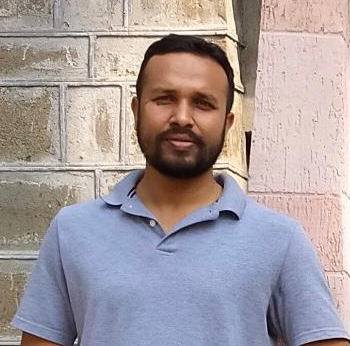