Indian Muslims, according to the Sachar Committee Report are slipping below Dalits in their economic and educational status and the Committee has supported this with wealthy of data. This is acknowledged by everyone including the Government of India. But who is responsible for this state of affairs? The Muslim themselves or the government? This is a big debate within the community.

There are different views and various controversies. A section of Muslim intelligentsia feels that Muslim leaders have habit of complaining rather than being active in drawing up strategies for development, change and spread of education. Breast beating would hardly help in the long run. Community has to be pro-active in its own interest. It must mobilize its own intellectual and material resources for development.

The other section feels it is duty of the Government in a democratic country to help a substantial minority to stand on its own legs. After all Muslims belong to weaker sections like OBCs, dalits and tribunals (SCs and STs). There is woeful lack of education and paucity of resources due to extreme poverty in the community. Muslims by themselves cannot mop up enough resources for the purpose.

There is grain of truth in both the arguments. Muslims have to find a middle path. Both government as well as Muslim leaders and intelligentsia must put governmental as well as community resources together to help the weaker sections in the community. The Government should realize that more than 15 crore Muslims (150 million) will remain a drag on economic development of India. India cannot go forward leaving them behind.

The community leaders have to realize that in the era of globalization and liberalization – and there is hardly any possibility of going back from it – dependence on the government has its own limits. The whole dynamics of liberalization banks upon private initiative and merit. The community will have to generate internal resources for development and spread of quality education.

When it comes to mobilizing internal resources, it is necessary to point out one significant difference between Dalits and Muslims. Dalits have hardly much internal resource to mobilize. They have been underdogs right from the beginning of history. Even then Ambedkar, from pre-independence days, worked hard to establish some educational institutions to educate them so that they could benefit from reservations in government jobs. Thus Ambedkar did it single handedly for lack of other leaders.

The Muslim situation has been very different in a way. All Muslims were never underdogs. Various Muslim dynasties ruled over India for more than 800 years and created a feudal class with considerable land holdings. These dynastic rulers as well as the feudal class (Zamindars) donated from their resources and created Wakf properties which, in terms of today’s ruling prices, are huge running into thousands of crores.

It is true that a large number of Zamindars, especially from the north, migrated to Pakistan along with the middle class which came into existence in pre-independence era from feudal class, creating a great vacuum. However, even then a class of prosperous Muslims were left behind however, small it was. Then a new class of small entrepreneurs came into existence from amongst the artisans in post-independence era. Also, there are business communities in Gujarat among Muslims some of whom have also taken to middle status industries.

Also, Muslims have traditional educational institutions either run by income from Wakf properties or many from donations received from the oil rich Arab countries. The Dalits have no such sources wither. In drawing up any strategy for development of Muslims these resources can play an important role.  What is need is a vision and spirit. Muslims produced Sir Syed in the British era as then what was needed was modern education among the scions of this Zamindar class to have influential and high status jobs in the government.

Now in post-independence India what Muslims need is an Ambedkar who can provide a dynamic lead to Muslim underdogs as partition has deprived them of the better off classes as they migrated to Pakistan. A new middle class is being born from amongst the have-nots. This middle class is slow in growth as there are very limited avenues for growth for lack of resources.

(1) Wakf properties; (2) Zakat fund from a better off sections of Muslims and (3) The existing institutions of madrasas which can be modernized and used as dynamic vehicles for spreading education. However, there are massive challenges to transform these existing institutions into useful tools for development of Muslim community.

Firstly, the Wakf properties, though enormous in numbers and in terms of values are either under possessions of various government organs or mutawallis (those in charge of Wakf) or old tenants who refuse to vacate or agree to increase in rent. These are not ordinary challenges. The Government keeps on making promises but does precious little to help. It owns institutions are most unwilling to vacate these Wakf properties which it is occupying. Also the Wakf act needs to be thoroughly reformed and empowered to get properties vacated.

Those appointed on the Wakf boards happen to be political appointees and there is massive corruption in collusion with politicians. For example, the Bohra community, being trading community, has very rich Wakf resources but, the priesthood, by bribing Wakf members and politicians, pockets all the income and destitutes of the community get nothing. The priesthood is fattening itself on the Wakf income despite protests from reformists. Thus all the resources generated by Wakf properties are also eaten away. If these properties are put to proper use, the community will not have to depend on even government resources for its progress and development.

Secondly, Zakat is a great institution given by the Qur’an to weaker sections of humanity. Zakat, according to the Qur’an is meant to be taken from the well off and given to weaker sections like orphans, widows, wayfarers, poor and destitute and for liberation of slaves and prisoners. Today, in India, either the rich do not pay Zakat at all or pay individually to some poor or feed the beggars in Ramadan and think they have done their duty.

Thus the very spirit of Zakat is killed. What needs to be done is to institutionalize it, collect it through a legally established body and then distribute it in three portions. One portion could be given to deserving students as scholarship to spread higher education, especially technical education, one portion could be given as interest-free loan to small traders including petty hawkers which will boost their income which in turn increase education and decrease rate of dropouts which is mainly due to poverty.

Interest-free loan is also a great institution meant to help weaker sections of society. Today even hawkers and petty traders have to borrow money from moneylenders at exorbitant rates and struggle to eke out their living. It is not rich traders who need interest-free loans but these poor artisans, hawkers and petty traders. Unfortunately, in the name of Shari’ah compatible loans and investments it is richer sections who are making hey while no one talks of poorer sections.

A portion of Zakat money, if properly canalized, can be given by way of interest-free loans to these weaker sections. Zakat boards could be established in every state, or even districts with people of known integrity and crores of rupees could be mobilized to help the poor of the community. However, Muslim leadership has neither vision, nor integrity nor will to do this.

The third portion could be spent as outright charity for extremely poor and needy people who have no possibility of even returning it.

Recently a two day seminar was held in Mumbai Hajj house to establish such a Zakat institution and ended in utter chaos. They invited some political leaders like Digvijay Singh of the Congress and the ulama began fighting on his speech. Firstly why a political leader should at all be invited? It is bound to result in controversy. Also, the leader of the Barelvi sect said there is no need to establish any Zakat institution and the seminar ended in disagreement and confusion. This is the impression one gets from newspaper reports.

It is unfortunate that everywhere initiative is given to ulama who have no understanding of the modern economy and go only by traditional interpretations. They are too narrow in their outlook and, what is worse, have their sectarian interests which prevent any attempt to bring about unity transcending sectarian barriers. It is very difficult to overcome these massive challenges.

CONSTRUCTING THE CIVILIZATION PILLARS OF ISLAM

The Paradox of Lawlessness amidst Laws: A Report on Structural Violence impacting Communal Discourse in 2020

Uttar Pradesh Prohibition of Unlawful Conversion of Religion Ordinance, 2020: A Weapon to Wreck Havoc on the Innocent 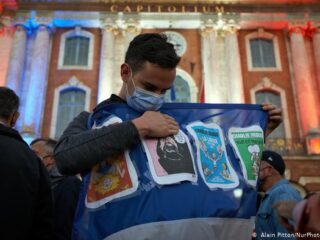 Islam, Freedom of Religion and the Recent Attacks in France and Austria by Jihadists

India needs more of love and not hatred: The falsehood of “Love Jihad” 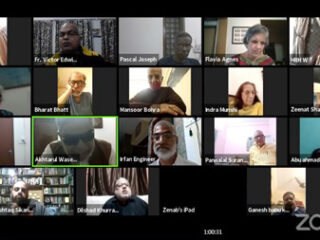 Clash between Freedom of Religion and Freedom of Expression? Mapping the contours of the Conflict in France 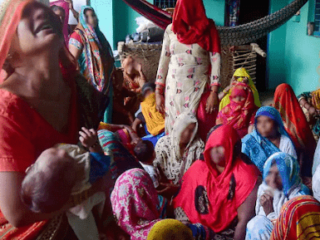 Hathras and Aftermath- A Frankenstein haunting UP

Judiciary and Justice: An antithesis today?

My Encounters with Swami Agnivesh