Albert Einstein in all his profound wisdom had said, “Only a life lived in the service to others is worth living”. One begins to understand the essence of this quote only after seeing individuals who are leading lives of utter selflessness and service to others at the most challenging and daunting times. We are experiencing the most unprecedented crisis in the form of the COVID pandemic in our times. Not only is mortality challenged in the most helpless manner in the face of all the scientific advancements made by human beings, for many the basics and seemingly mundane can’t be taken for granted anymore- for instance livelihoods, dignity, two square meals, safety and security of the family etc during these trying times. In these bleak times, some people shine through as a beacon of hope by the light of their courage, selflessness and sheer compassion. While there are fly pasts for front line workers like doctors and nurses who rightly are applauded for their selfless acts, some other frontline workers go unnoticed. While the medical staff and the police are rendering valuable services and are indeed frontline workers, immensely valuable services provided by social activists voluntarily to thousands of poor to cope with this pandemic are also equally frontline workers. The author would like to shed light on four such frontline workers who contributed immensely to the fight against COVID through their work for the marginalized sections of the society and have now tested positive for COVID. While there must be many such persons, I am writing about four such workers since Centre for Study of Society and Secularism has been working with these individuals in various capacities through the years.

Hozefa Ujjaini, Ashok Parmar, Pravin Soya and Ajaz Shaikh- all tested COVID positive have been instrumental in running 11 community kitchens in the city of Ahmedabad and distributing thousands of ration kits to the vulnerable sections of the society- irrespective of caste, religion, gender. Ahmedabad has a thriving industrial sector which is fueled by migrant labours from other states like Uttar Pradesh, Bihar, Jharkhand, Odisha and West Bengal. When the lockdown was hastily declared and brutally implemented, the migrant labourers- essentially daily wage workers found themselves in a lurch. No way to return home and livelihoods coming to a grinding halt, these labourers were left with no or meager savings and no livelihood when the lockdown was declared. They had no money for food or shelter- the lockdown almost sealed their fate of crushing starvation and uncertainty. The response from the state being inadequate and no help forthcoming from their employers, these migrants were robbed of their dignity, self-esteem and a chance at survival. This situation propelled activists like Ujjaini, Parmar, Soya and Shaikh into action.

Shaikh, who helped conceive the idea of the community kitchen works with Janvikas on drug abuse, surveyed the city and drew an estimate of migrant labourers with the help of Prof. Sharin of IIM Ahmedabad. They identified 4500 migrant labours that are in need of aid. He got in touch with the DSP of zone 5 of Ahmedabad and got the necessary permission to set up community kitchen for the labourers. 11 community kitchens were set up in two areas of Gomtipur and Rakhyal catering to 4500 migrant labourers. Shaikh and his team formed committees of the workers and helped them cook their own meals two times a day at the community kitchen. The initiative was supported by Janvikas, organization from Ahmedabad working with marginalized groups. Community kitchen called “Aatma-Sanman” or self-respect, Shaikh collected a contribution of INR one from each labourer to truly make the initiative symbolized by self respect and dignity. Unfortunately, a few days after the commencement of “Aatma- Sanman”, he was tested positive for COVID. After being quarantined for some days, Shaikh is now admitted in a hospital in Ahmedabad and his health has deteriorated with chronic cough. The other three are quarantined in a hotel in Ahmedabad after testing COVID positive since last Saturday.

Every crucial initiative and a systematic response to a challenge unfolding at a massive scale like COVID, has a backbone- reliable, determined and unwavering. This has been the role of Hozefa Ujjaini. Director of Buniyaad in Ahmedabad, Ujjaini has been a popular face in the cultural circles of Ahmedabad and a well respected social activist working with youth and internally displaced persons. He has inspired many youth for social change and peace work. He also mentors the peace centre in Ahmedabad which works creatively towards highlighting diversity and composite culture in the city. When the lockdown was declared, Ujjaini put together a formidable team of his colleagues and friends to organize the community kitchens of Aatma-Sanman, distribute ration kits to others who were in dire need and also respond to medical emergencies faced who by those who needed them.

He has tireless worked day in and day out managing 11 community kitchen and the distribution of this food by being involved in various stages like procuring the food grains and other materials from the vendors to making sure it reached the community kitchens and its distribution. Apart from supervising these 11 community kitchens, he was pivotal in distribution of 3500 ration kits in collaboration with civil society organizations like Janvikas, Center for Social Justice Gujarat, Parvaaz and Dhristi. More than 5770 food packets in Ahmedabad and surrounding areas were distributed till two weeks back with help of local donors and community support. The ration kits and food packets were mainly distributed to the urban poor, daily wage workers, women headed households, denotified tribes, internally displaced persons and persons with disabilities.

The team for the community kitchen and ration distribution had Ashok Parmar to ably handle the stock of food grains and its allocation to the different kitchens. Parmar works with Varuna pumps, a company which manufactures water pumps for the fields. But he is deeply committed and passionate about social causes and has been associated with social movements for past two decades. When called to help, Parmar without hesitation came forward to help and worked diligently to ensure smooth functioning of the community kitchens. He is particularly active in the Gomtipur area kitchens along with Mushtaq Gousiya. He has spent days out of his house to work for the community kitchens.

Pravin Soya in the team has been relentless. He has been charge of the vendors, finances and overall monitoring of operations. He works with Janvikas in the capacity of a trainer for the programme of “DriverBen”- assisting women in livelihoods by training them to ride rickshaws or drive cabs. He explained to the author his motivation for joining this initiative for food distribution. He said, “I have always been inclined towards the social causes. My father was part of the platform of Lok Kala Manch. I also joined it later. We wished to bring social change through culture and theatre”. Soya apart from making lists of beneficiaries for distribution and operations was also active in organizing awareness about COVID through speakers mounted on cars driven by driverBen– awareness campaign initiated by Radio Nazaria and supported by Janvikas.

Have these heroic acts come without a cost? No they haven’t. Like the stories we watch and read about other frontline workers, these frontline workers have also sacrificed a great deal during their work and are confronted with a grim uncertain in the future. The families of all these selfless frontline workers are in quarantine. Soya expressed to the author, “my wife is inconsolable. She is very frightened about my health and the future of our four children. My mother works in a small factory producing iron wires used in manufacture of garments. I have requested some relatives to go and console her”. Parmar also shared his routine. He said, “I didn’t meet any of my family members while working in the community kitchens. My family had kept all my utensils, utilities separately. I had in some way prepared them about this eventuality”. Parmar has two children. His wife works in the informal sector. His mother also stays with them.

Ujjaini on the other hand has been gripped with lament that inspite of all the safety measures he adopted to prevent infecting others around him, one of his cousin and teammate, Mustafa may have got infected with COVID. Mustafa rides a rickshaw which was used in the food distribution and awareness through mounted speakers. Mustafa and his mother both are symptomatic and Mustafa has been admitted in the hospital. They both are awaiting the results of the test. Apart of Mustafa, Mazar and Kutubuddin were also part of the team. They both ride their rickshaws and helped in food distribution; these rickshaws were used for medical emergencies. Ujjaini’s family consists of his mother, father, wife and a son who are quarantined in their own house along with his niece from Ratlam who is there to spend her summer vacations.

Their struggle is not limited to the emotional and financial toll that their families and well wishers are going through. They are not getting adequate medical treatment inspite of all efforts. Ujjaini is suffering from fever, sore throat and severe headache. Others too are suffering from a sore throat. However, they have been visited by the doctor only once in the three days they have been quarantined. They received a phone call from the doctor only a couple of times where the doctor was very brief and abruptly hung up. Ujjaini has tried to reach out to the doctor but without any substantial luck. The struggles are real and the threat is imminent in the face of such callous attitude of the system. It makes us shudder about the quality of treatment the poor are receiving to battle this pandemic.

Do these obstacles deter frontline workers like Shaikh, Ujjaini, Soya or Parmar? The answer is a resounding no! They are undeterred by the disease and waiting to get well and resume their work again! Ejaz who is unable to speak owing to the severe throat ache texted to say he can’t wait to go back and continue his work. The other three in the hotel are restless in their rooms and still coordinating whatever is possible to ensure that nobody goes hungry. They are fighting this battle alone but their thoughts are still with all those persons whom they pledged their commitment to. They are cheerful and positive in order to fulfill the mission they undertook without any fame.

What do these actions reflect? Why is it important to talk about these heroes (they asked the author not to call them heroes!)? These actions and their resolve of steel should be talked about because in these extraordinary times they inspire. They inspire us to be compassionate, inspire us to have courage, inspire us to have a vision and inspire us to give- any act of kindness and selflessness. It teaches us to re-imagine a world built on values of kindness embracing the one and all beyond the barriers of caste, region, religion etc. They volunteered to put their lives on line for the cause of the poor knowing fully well the devastating repercussions. These four human beings don’t seek glory but a more humane world with multiple acts of solidarity and kindness towards the vulnerable. Their message is simple- that of love and kindness. Martin Luther King rightly said, “Not everybody can be famous but everybody can be great because greatness is determined by service. You only need a heart full of grace and a soul generated by love”. And they have this in plenty I’d say. 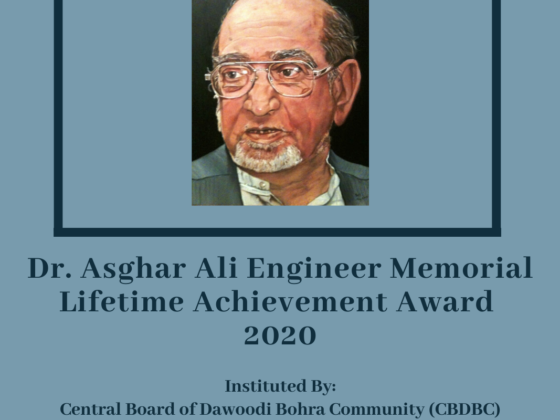 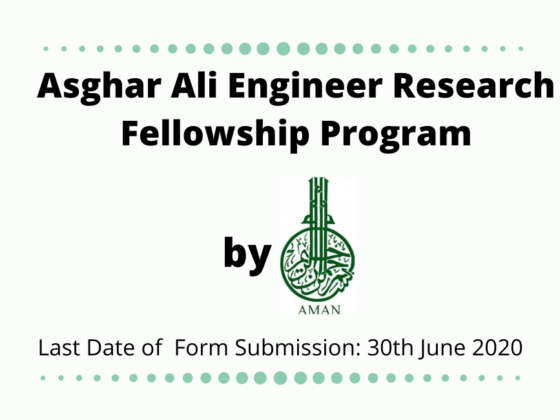