The Culture of Mob Lynching: Triggers and Discourses

If the 84 incidents are carefully analyzed, some pattern in terms of the relationship between the violence and popular narratives spread through social media, political propaganda or rumours etc can be discerned. Thus CSSS has categorized the incidents of mob lynching in the following broad categories: Cow vigilantism or cow vigilantism related, inter-religious marriages, child lifting, theft related and others. In 2018, majority of incidents of mob lynching are related to child lifting (41) followed by cow vigilantism (16), inter-religious marriages/ relationships (9), theft (8) and others (10).

As mentioned above, though more emphasis is given to mob lynching related to cow vigilantism and inter-faith relationships in this report, CSSS doesn’t see the other incidents of mob lynching necessarily unrelated to communal violence. The connection between mob lynching and cow vigilantism and inter-faith relationships is stark and direct. Cow is elevated to a symbol of nationalism and a certain politics and has been given a centre stage in the public discourse. It has become a litmus test of loyalty to the nation. The cow is traditionally embedded in the Indian psyche as being sacred and this symbol is exploited further by Hindutva politics. Communal lines are drawn by claiming that engaging in cow slaughter is hurting the religious sentiments of the Hindus and thereby of the whole country. Legislations are passed in most of the states to punish smuggling or slaughtering cow. But what is victimizing marginalized communities most is the impunity with which the cow vigilante groups are operating. These groups enjoying patronage of those in power indulge in violence fearlessly by targeting the marginalized on merely suspicion. The law is not allowed to take its course while the groups lynch the victims assuming they are already guilty.

Similarly, Muslim community is demonized by spreading the falsehood that Muslim men “lure” Hindu women into relationships and marriages to convert them into Islam. In fact it was alleged that Hindu women are then recruited into terror organizations and networks. To probe this accusation the state ordered a NIA probe into the case of Hadiya. It is incredulous that the state deployed the NIA to probe the personal relations of citizens. Though the National Investigation Agency (NIA) clarified that it didn’t find any credence in the accusations of Hindu women being forcefully converted or recruited in terror networks, there are still state supported groups which hound innocent citizens who are entitled to their fundamental rights and liberties. There are 9 incidents of mob lynching related to inter-faith relationships in 2018. In the latest video from Meerut in UP, it could be seen that police officials assaulting a Hindu woman in a police vehicle. The woman was ‘rescued’ by the police was found with a Muslim man. The VHP had assaulted the man and woman for their alleged relationship. “You prefer Muslims when there are so many Hindus around,” taunts a police woman. This indicates the extent of patronage the Hindutva outfits enjoy and also the complicity of the police which is seen endorsing and promoting political propaganda.

The other major categories are child abduction and theft. Though these are not strictly related to communal narratives but mob lynching should be viewed in the light of some fake videos circulated which showed a child was abducted by persons in a hijab insinuated that persons from Muslim community are responsible for abductions. Another video which went viral was from Pakistan where the abduction was staged to create awareness about abduction. But these videos and subsequently similar videos alleging kidnappers of the children harvest the organs of the innocent children led to 34 persons being killed. Interestingly, 41 mob lynching incidents are attributed to rumours related to abduction of children. The breakup of these deaths is as following:

Table 2: Category Wise Number of Deaths in Mob Lynching Incidents in the year 2018

Graph 2: Category Wise Number of Deaths in Mob Lynching Incidents in the year 2018

Geographical break up of incidents:

Regime wise break up of incidents:

Most of the incidents of mob lynching- 70 have taken place in states ruled by BJP followed by states ruled by AIADMK which is primarily Tamil Nadu at 5, Congress ruled states (5), 2 incidents in West Bengal ruled by Trinamool Congress, one incident in Andhra Pradesh ruled by TRS and lastly one incident in Telangana ruled by TDP. Highest number of mob lynching cases in BJP ruled states indicate towards how the ruling party has allowed violence and lawlessness to operate rampantly.

The incidents of mob lynching targeted the marginalized communities. Mostly the Muslims were targeted in the mob lynching related to cow vigilantism. Muslim men and Hindu women were targeted in the violence related to interfaith marriages. Women were also victimized as the figures indicate- five (5) women died and eleven (11) were injured. For instance, Shantadevi Nath was beaten to death in Vadaj, Gujarat and three others suffered injuries when a mob attacked them on suspicion of being child-lifters. These women belong to the Nath community which earns its livelihood by begging. Similarly five members of the nomadic Gosavi community in Dhule, Maharashtra were killed by a mob of over 35 over suspicion of child lifting. 10 persons with disability were targeted. For example, a 40-year-old man was beaten to death at Pulicat near Chennai by a mob, on the suspicion of being a child kidnapper. The victim was reportedly a mentally unstable person who used to roam around in the area. He was tied to a pole and beaten to death. Other victims include those who were hearing and speech impaired or suffered from mental illness. This is a very disturbing trend reflecting the brutality and hysteria created which doesn’t spare even the most vulnerable.

The involvement of right wing groups is very stark during mob lynching. The stand and aggression of the right wing groups to inter-faith relationships has been strident. They have been openly attacking the youth in public spaces accusing them of “love jihad’. In one such instance, a Muslim youth and his two brothers were beaten up by members of Hindu Yuva Vahini and Vishwa Hindu Parishad at Baghpat court in Agra for carrying out ‘love jihad’, as the youth was set to marry a Hindu woman from Punjab there. It can be seen in a video of the physical assault that the right-wing men beat up the three brothers while dragging them from the court to the police van, even as the police can be seen watching. The woman was a Hindu and the man was from the minority community. Similarly, a couple from different religious communities were harassed and manhandled, allegedly by a group of BJP workers, outside the sub-divisional magistrate (SDM) court in Bijnor, western UP, when they had gone there to submit their marriage certificate on Thursday. One of the two named in the FIR is the district BJP vice-president. These incidents show the extent of confidence and fearlessness enjoyed by such groups owing to the patronage and support they have by those in power. The state of UP in fact gave a kind of legitimacy to such elements by forming the “anti-romeo” squads to intimidate couples suspecting that the Muslim men are “luring” Hindu women.

In the part I of the report, the role of the state and the trend to revictimize the victims of communal violence was discussed in details. In case of mob lynching the similar observations hold true. The culture of mob lynching enjoying sometime overt support of the State and other times tacit support heralds a complete collapse of rule of law and encourages majoritarian oppression. Mob lynching is a new form of communal violence where through the assault on individuals is carried out in the most macabre manner to strike fear in the vulnerable communities and establish the hegemony of the majority or the powerful. The result is uncontrolled spiralling culture of violence and impunity which poses a formidable challenge to constitutional law and democracy.

[2] One incident of mob lynching was reported in January 2019 though it took place at the end of 2018 thus couldn’t be included in the earlier part of the report.

This article is a part of Communal Violence Report 2018. Read Part One here and Part Three here. 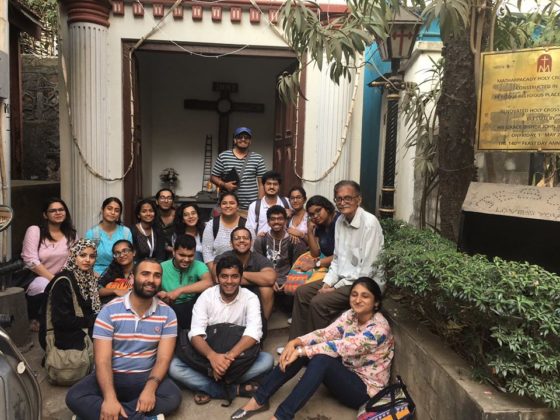 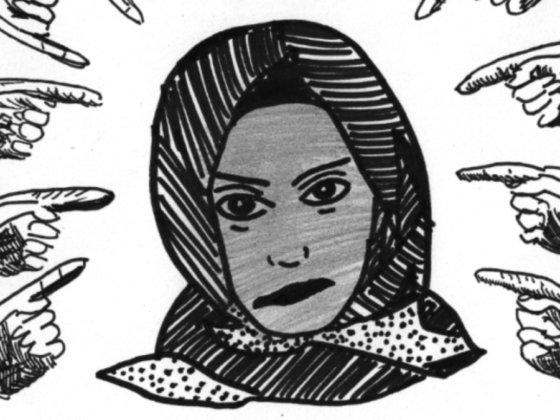