At a recently concluded BJP national executive, PM Modi said, “We have adopted the path of fulfillment by ending appeasement” (NDTV, 2022). Amit Shah, Union Home Minister too at this national executive said, “Communalism and radicalism in India is the outcome of the politics of appeasement by opponents of the Bharatiya Janata Party” (Ramachandran, 2022). The BJP has time and again accused the Congress Party and other political parties of appeasement of Muslims, for what they call – vote bank politics. This charge has been a constant in the Hindu nationalist discourse. Right from the weakest of targeted measures to address the socio-economic backwardness of the Muslim community, to any step or action to ensure their religious freedom, everything is termed as appeasement politics by them. Similarly, taking any legal action against any Hindu nationalist when they violate any law is termed appeasement politics, like e.g. the arrest of Sadhvi Pragya Singh Thakur for the bomb blasts in Malegaon in 2008. On the other hand, the Hindu nationalist governments spend a large sum of taxpayers’ money for the redevelopment of Hindu worship and religious places, and to promote pilgrimage to Hindu sites. In the year 2021, the state and union governments spent more than 43,411 million rupees (Engineer & Dabhade, 2022). This is because the Hindu nationalists’ view of what constitutes appeasement differs based on communities.

‘Appeasement’ according to different dictionaries means primarily, the act of making somebody calmer or less angry by pandering to his/her demand. Appeasement in one sense refers to an act of satisfying the demands of an aggressive and powerful person, country, or organization – not because the demands are just, but in order to avoid adverse consequences of not fulfilling them. The Muslim community in India is neither powerful nor aggressive vis-à-vis the state or the ruling party. Although they do have, some justified and some unjustified demands, as do all communities, and they do try to mobilise the community in order to build pressure for their demands. It is therefore absurd to call fulfillment of any demands of the Muslim community as appeasement. It is congruent with the Hindu nationalist narrative, in which they project Muslims as a threat to the nation. Ironically, Muslims constitute only about 15 percent of India’s population and are socio-economically backward. Yet the charge of appeasement of Muslims convinces a section of Indians. We try to unravel the reasons why a section of voters gets convinced of the allegation that the Congress and other secular parties appease Muslims.

The BJP and the Hindu nationalists apply two different yardsticks to judge and evaluate the treatment meted by the state to different communities – one for the Indic communities whom they consider sons of the soil, for whom the land from the Himalayas to the Arabian Sea is their motherland as well as holy land. There is a different yardstick for the non-Indic communities, viz. the Christians and Muslims, as India is their motherland, however, their holy land is outside the Indian territory – in Jerusalem and Mecca respectively. The non-Indic communities are considered as foreigners and a threat to Hindu culture, and therefore either they assimilate into the ‘Hindu culture’ or they must be expelled or totally subordinated. An influential Hindu nationalist ideologue – M. S. Golwalkar, wrote in his work Bunch of Thoughts  (Golwalkar, 1966):

“The failure of Indian history to assimilate the Muslims into national society, as it had succeeded in assimilating the earlier invaders— the Shakas, Scythians and Hunas— is a notable fact which the new Indian leaders of national liberation ignored altogether. They committed the blunder that by giving concessions to Muslims at the cost of the majority, they could win them over! The sequel showed that it was a tragic blunder. No concessions given without change of ideology on the part of the recipients could bring about the change needed.

“There was a very rational and patriotic way of approach. That was to tell them frankly, Dear friends, the days of old Moghul Badshahi have passed. Now both of us will have to live ultimately as brothers here, as co-sharers in this national life. After all, you also belong to the same race as ours, to the same blood as ours, but converted to Islam at the point of sword by those Moghul, Turk and other foreign races. Now, there is no point in your continuing to associate yourself mentally with those foreign aggressors and trying to follow their footsteps. Forget all such separatist memories, merge yourself in the life of this soil. Hereafter try to respect and follow the examples of the great sons of this land who fought for the freedom and honour of our motherland and our culture.’ Then matters would have been very simple.”

“It is too often forgotten that Hinduism is not merely a sect, a small religious fellowship concerned exclusively with modes of worship or social customs peculiar to it. The word Hindu in this context has a national character. It is tantamount to the word Indian — i.e., pertaining to a people living beside the river Sindhu. It connotes the entire culture and civilisation of the Indian people from pre-historic times developed on Indian soil through millennia”.

From the above quote, it is clear that according to Hindu nationalist ideologue Golwalkar, the Muslim community is essentially constituted by giving concessions. To be a Muslim, according to Golwalkar, is to be associated with foreign aggressors. Muslims are called upon to ‘merge with the life of the soil’, meaning, adopt Hindu culture and heroes. If the new Indian leaders (read Congress) did not coercively assimilate the Muslims into national (read Hindu) life, it tantamount to giving them a concession. In the very first line of the quote, Golwalkar makes it clear that Muslims and the “national society” are mutually exclusive. Golwalkar makes a strong argument for erasing memories of Muslims associated with Islam or Mughal rule and its heritage in order to be assimilated into India. To follow Muslims culture is to be a “separatist”. In his conception, national culture is co-terminus with Hinduism. Nothing outside Hinduism can be national

“..these two qualifications of one nation and one race—of a common fatherland and therefore of a common blood— cannot exhaust all the requisites of Hindutva. The majority of the Indian Mohammedans may, if free from the prejudices born of ignorance, come to love our land as their fatherland, as the patriotic and noble-minded amongst them have always been doing. The story of their conversions, forcible in millions of cases, is too recent to make them forget, even if they like to do so, that they inherit Hindu blood in their veins. But can we, who here are concerned with investigating into facts as they are and not as they should be, recognize these Mohammedans as Hindus? Many a Mohammedan community in Kashmir and other parts of India as well as the Christians in South India observe our caste rules to such an extent as to marry generally within the pale of their castes alone; yet, it is clear that though their original Hindu blood is thus almost unaffected by an alien adulteration, yet they cannot be called Hindus in the sense in which that term is actually understood, because, we Hindus are bound together not only by the tie of the love we bear to a common fatherland and by the common blood that courses through our veins and keeps our hearts throbbing and our affections warm, but also by the tie of the common homage we pay to our great civilization—our Hindu culture, which could not be better rendered than by the word Sanskriti suggestive as it is of that language, Sanskrit, which has been the chosen means of expression and preservation of that culture, of all that was best and worth-preserving in the history of our race. We are one because we are a nation a race and own a common Sanskriti (civilization)”.

Savarkar defines ‘great civilization’ with reference to Hindu culture. It is essential to pay homage to this Hindu culture in order to be part of ‘our race’ or ‘our nation’. Muslims are thus alien foreigners. He gives the analogy of “blood” which connotes culture. The usage of an analogy of blood and culture is deliberate to invoke emotions and appeal to the readers since the idea and sight of blood is commonly associated with life in itself and spilled blood means the end of life. But the point he makes unambiguously is that Muslims cannot be part of the Hindu race or nation, even if they are loyal to India or observe caste rules like Hindus. That’s because Muslims will have to unconditionally adopt Hindu culture.

While they were not in power, the demolition of Babri Masjid by Hindu mobs was therefore a legitimate action, and to allow the structure disputed by them to exist, or the state protection to the structure would amount to appeasement of Muslims.

While they are in power, they too would be guilty of appeasement, unless they forcibly assimilate Muslims into the Hindu national culture. This explains their actions of bringing in a law penalizing the practice of triple talaq, erasing the cultural heritage associated with Muslim rulers, including the renaming of railway stations, cities, roads, areas, and institutions. Strategy to assimilate includes overzealous action against Muslims by security forces on the slightest suspicion under draconian laws incarcerating even innocent members for years, or subjecting them to strictest life stifling restrictions during the Covid-19 pandemic. This, in the Hindu nationalist view does not contradict sab ka saath, sab ka vikas, sab ka vishwas aur sab ka prayas wherein, according to them, Muslims too would be equal beneficiaries of the economic development of the nation. However, are they?

(In the next part, we will examine different measures of forcible assimilation through hate speech and other state actions) 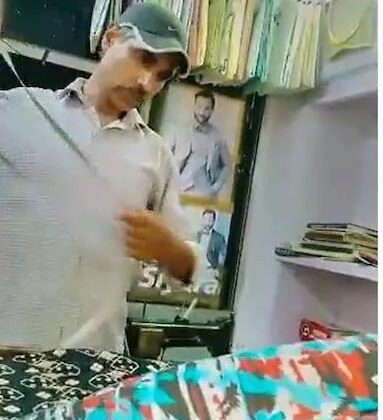