Communal polarization in the year 2020 was primarily heightened with the help of structural violence and attitudinal violence, or what is also popularly termed at hate crimes, rather than by physical violence. In the previous issues we looked at structural violence (legislations, rules, policies that institutionalize persecution and/or discrimination of targeted community leading to its increased marginalization and relegating it to being second class citizens with inferior rights) as well as physical violence in the form of communal riots and mob lynching.

In this issue we will examine the other form of less visible communal violence which is increasingly pervading into the society – attitudinal violence. Attitudinal violence seeks to nurture and popularize a notion about a targeted community that their members are completely determined by “their” religion or culture and which is inferior, alien and pollutes the superior culture and way of life of those targeting them. The behaviour of every member of the targeted community is reduced and attributed in totality to their rigid religion or culture which can be termed as stereotypical. The community targeted by attitudinal violence is conceived in popular imagination as that which deserves lesser right or no rights of citizenship on the ground that they are not sons of the soil, do not belong to, and are undeserving intruders eating up the vital resources that rightfully belong to the people of the country; as a community they lack merits and requisite skills and do not contribute to the growth and development of the country; they are given wholly underserved preferential treatment by a political dispensation only in order to secure political advantages like their votes and political power; and finally they may be even conceived as disloyal citizens or even threat the security of the country.

Those who perpetuate attitudinal violence by targeting a community also construct a homogenized image in the process their community around common symbols, incrementally pushing its own community towards regimented, uniform and standardized cultural behaviour. Diversity within the community is not to be tolerated as it threatens the unity and the leadership of hate mongers. Attitudinal violence is the oxygen on which physical violence survives.

Hate crimes in India are criminal punishable offences under the Indian Penal Code[1] and also considered corrupt electoral practices if deployed in election campaigns[2]. Anybody who seeks to promote disharmony or feelings of enmity, hatred or ill-will between different religious groups or between other specified social groups, or outrages religious feeling is indulging in hate crimes. However, the penal provisions against the hate crimes are used selectively. They are less likely to be invoked when members of organized groups representing the majority community indulge in hate crimes and nearly impossible to be invoked if those wielding the authority of the state commit offences pertaining to hate crimes against politically weaker, underrepresented and minority communities.

Monitoring by the CSSS of commission of hate crimes or attitudinal violence establishes that the frequency of hate crimes targeting the minority community increased significantly in the year 2020 due to political expediency and consequently, the political patronage and the environment of impunity enjoyed by those committing such hate crimes. Political expediency is that the popularity of the Government largely depends on the image of strong, determined and unwavering action against those who are deemed as threat to the security of the nation, disloyal to the country, foreign intruders, nibbling away the resources of the nation (termites) demographic bomb or aiming to be majority in the near future by indulging in conversions and whose presence pollutes the holy and sacred “Bharat Mata”.

On 4th February, the Prime Minister Narendra Modi castigated the protests led by the Muslim women against the Citizenship Amendment Act in Shaheen Baugh as a conspiracy and “vote bank politics” and said it would destroy national harmony! The law which was being opposed by all democratic and secular minded citizens as it provided citizenship on the basis of religion to six religious communities, excluding Muslims, from three neighbouring countries. Protest led by Muslim women for citizenship law to be religiously neutral and inclusive and for their democratic rights, was demonized as ‘conspiracy’, ‘vote bank politics’ that would destroy ‘national harmony’. There was subtle demonization of the Muslim community and creating ill feelings towards them.

Even the ministers in the Central Government gave a call and inciting violence asking those attending his rally to shoot those who were “traitors” of the country. Those whom he was making chant “goli maro saalonko” (shoot the “…[derogatory and abusive word]”) knew which religious community Anurag Thakur, minister of state for finance in the Central Government, was referring to. The protestors in Shaheen Baugh were demonized as rapists subtly referring to the religion they belonged to. Babul Supriyo too associated Mustafizur Rahman’s natural country as being outside India and because he belonged to Muslim community, he did not belong to India. In the previous years too the Union Ministers demonized the minority communities and none had to face any action. On the contrary, those who demonized the minority community were given promotions, e.g. Giriraj Kishore was given berth in the Union Cabinet in spite of this hate speeches. Maneka Gandhi too could get away with such hate speeches. Such statements could be associated only with fringe elements with much less influence on the public opinion.

Table – 1: Hate crimes by Union Ministers and Political Authorities in the year 2020

When the Union Ministers attacked Muslim community, it has much extensive and wider coverage in the media, much wider reach and greater influence on public opinion. Hate crime was being normalized and so is the belief that the Muslim community is a community of traitors, does not belong to India and associated every exercise of their rights as citizens with vote bank politics. This was naturally going to have its effect on the national level leaders belonging to the ruling party, and embolden fringe elements to make and get away with more strident hate crimes.

When hate crimes targeting a minority community is being normalized by highest political offices and national leaders, a section of bureaucrats and officials rush to serve their political masters – some out of genuine beliefs and others desiring political favours, patronage and career advancement. In the previous years we witnessed the then Army Chief Gen. Bipin Rawat problematizing “fast growth” of the political party led by Badruddin Ajmal in Assam subtly hinting threat to security from a Muslim interest political party. Gen. Rawat also in one of his talks on leadership hinted that he would not endorse leadership of the type which led the ant-CAA movement, referring to the Jamia Milia University Students’ agitation. When security officials at highest level give political statements subtly or openly suggesting that the country needs to be concerned about threats emanating from a community, their views reinforce the political message far more strongly – as an expert or professional opinion, when it is not! It encourages rogue elements in the majority community to resort to violence targeting a community.

Table – 4: Hate crimes by the state officials and bureaucrats in the year 2020

When highest political officials, national leaders and bureaucrats normalize violent attitudes against a community, the fringe elements on the ground do so even more viciously, frequently and without fear of law or care to find out the truth. In the year 2020, social media and a section of mainstream media provided a very powerful platform to spread and normalize unjustified and violent attitudes targeting Muslim and Christian community. The whole propaganda against what was termed as “corona jihad” was viciously and maliciously carried and popularized. All Muslims were perceived in popular imagination as corona warriors deliberately and intentionally spreading the virus. A study on Corona and scapegoating of minorities, in which CSSS also participated, brings this out vividly. In a whatsapp chat that came out in open, medical and para-medical staff of a hospital in Rajasthan exchanged views and opined that Muslim patients in the hospital should be ignored and left without treatment as they are responsible for the spread of corona. A Hindu gentleman refused to take delivery from Zomato because the delivery boy was a Muslim, a cab driver in Mumbai reported his Muslim passenger to the police. He had recognized his religion from the telephonic conversation he was having in the cab, and who had come to attend a cultural event. There are many such cases all over the country. A section of media gave a spin to migrant workers collecting outside the Bandra Railway station in thousands as they wanted to return to their hometowns due to lockdown. They captured photo of the Mosque in the vicinity and termed the gathering as an Islamic conspiracy. CSSS Fact Finding Committee visited Indore, Ujjain and Mandsaur to gather facts about communal riots in the month of December 2020 in these three districts. The Committee learnt that dirty abusive slogans, suggesting sexual violence against Muslim women, were shouted targeting the Muslim community and to provoke them to react which then would be a pretext to start the communal riots. One of the slogan was “bachcha bachcha Ram ka; chachiyon ke kam ka” meaning the male progeny of Lord Ram would be of use to Muslim women. This too squarely falls within the teeth of punishable offences but the Chief Minister and the Home Minister of Madhya Pradesh chose to problematize the stones thrown from the Muslim side and the need to bring in strong law to punish stone throwers, while the police largely ignored the hate crimes that provoked the riots.

The citizens of the country, in order to strengthen the social fabric, unity and integrity of India, must get together, organize themselves and ensure that all hate crimes are punished in accordance with the law. We will also have to take steps even in the face of all odds stacked against us to promote love and greater understanding between citizens and counter the prejudices. We must step up our efforts. We at CSSS try to do our bit.

[1] Sec. 153A of the IPC states: “(1) Whoever— (a) by words, either spoken or written, or by signs or by visible representations or otherwise, promotes or attempts to promote, on grounds of religion, race, place of birth, residence, language, caste or community or any other ground whatsoever, disharmony or feelings of enmity, hatred or ill-will between different reli­gious, racial, language or regional groups or castes or communi­ties, or

Sec. 295A of the IPC states, “Whoever, with deliberate and malicious intention of outraging the religious feelings of any class of 273 [citizens of India], 274 [by words, either spoken or written, or by signs or by visible representations or otherwise], insults or attempts to insult the religion or the religious beliefs of that class, shall be punished with imprisonment of either description for a term which may extend to 4[three years], or with fine, or with both.]”

[2] Representation of the People Act, 1951; S. 123 “The following shall be deemed to be corrupt practices:- … (3A)) The promotion of, or attempt to promote, feelings of enmity or hatred between different classes of the citizens of India on grounds of religion, race, caste, community, or language, by a candidate or his agent or any other person with the consent of a candidate or his election agent for the furtherance of the prospects of the election of that candidate or for prejudicially affecting the election of any candidate.]” 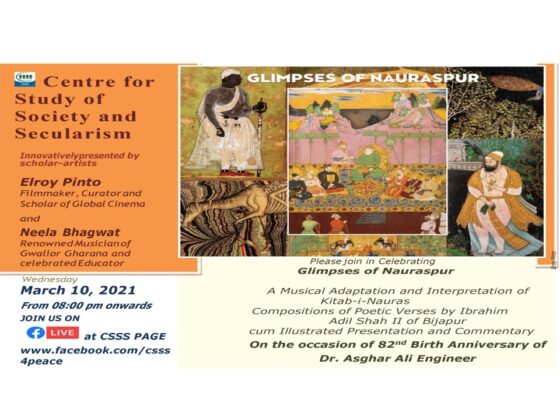 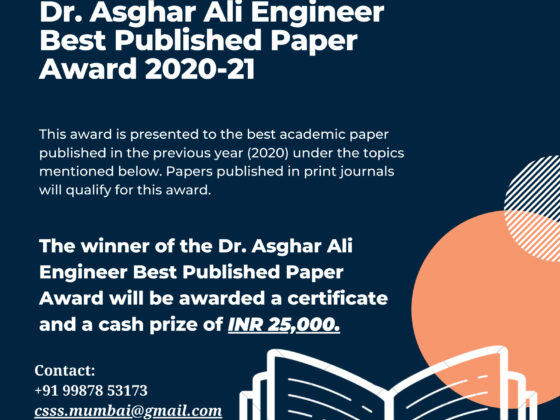