Father Stan Swamy, in a video message recorded two days before his arrest, had asserted that he was “not a silent spectator” and “ready to pay the price, whatever it may be” for expressing dissent and raising questions about the ruling powers of India. Sadly, he had to pay the ultimate price, with his very life. For, let us not be coy about it; Fr. Stan Swamy paid with his life for his ‘seditious’ acts of standing for the rights of the poor and dispossessed tribals.

Fr. Stan Swamy was born as Stanislaus Lourdusamy, at Viragalur village, near Pullambadi, in Tiruchirapally district of Tamil Nadu, on 26th April 1937, to a farmer father and a homemaker mother. He studied at the St. Joseph’s Higher Secondary School and joined the Jesuit (Society of Jesus) order on 30th May 1957, at the age of 20. He was ordained a priest on 14th April, 1970. Fr. Stan Swamy also completed a Master of Arts degree from the University of Manila, Philippines. He went on to study at Brussels, where he met and was befriended by Archbishop Helder Camara of Brazil. Archbishop Camara’s work amongst the poor of Brazil, and his advocacy of a Church closer to disfavoured people, greatly influenced Fr. Stan. A statement of Archbishop Camara can equally be applied to Fr. Stan: “When I give food to the poor, they call me a saint. When I ask why they are poor, they call me a communist.”

He later worked as Director of the Jesuit-run Indian Social Institute at Bangalore from 1975 to 1986. He soon started working with the tribals in the then-undivided Bihar state. He spent most of his life among the tribals of Jharkhand, and ultimately, died because of his fight for their rights!

Working as he was with the tribals, the Adivasis, he soon became aware of their institutionalised persecution by, what can be termed as the Establishment. He fought for the land, forest and labour rights of the Adivasis. Father Stan Swamy co-founded and lived and worked at Bagaicha, a research and training institute in Namkum on the outskirts of Ranchi since 2006. The Chotanagpur Tenancy Act of 1908 restricts the sale of tribal land to non-tribals in 16 districts of Jharkhand and The Santhal Pargana Tenancy Act of 1876 prohibits sale of tribal land to non-tribals in the Santhal Pargana region. Some years back, the Jharkhand government sought to amend these Acts which would have diluted the rights of the tribals on these lands. Fr. Stan strived tirelessly to save these Acts and ultimately, due majorly to his efforts in organising and marshalling the opposition to the amendments, the government had to withdraw the Amendments.

In 2017-18, the Jharkhand state government recently acquired 2.1 million acres of land for the land bank that the government is developing to facilitate allocation to industrial units. This meant that common lands in villages were acquired without consent of the Tribal Advisory Committee or the Gram Sabha. Fr. Stan Swamy firmly opposed this and was building up support on ground as well as social media against these anti-Adivasi and Moolvasi policies. In fact, Fr. Stan was always vocal about the non-implementation of the Panchayat Raj (Extension to the Scheduled Areas) Act (PESA, 1996), and the Fifth Schedule of the Indian Constitution. Regardless of the composition of the national governments, successive regimes have conveniently nt implemented this Act. He also supported the Pathalgadi movement to focus attention on the non-implementation of this Act.

Fr. Stan Swamy was also actively agitating against the non-implementation of the Supreme Court order in 2000 which stated that the “owner of the land will be the owner of the sub-soil minerals”. This, and his fight against the Land Acquisition Act, 2013, brought him in direct conflict with Industrialists. He said, “Compulsions from corporate houses outweigh the government’s obligations to the citizens of this country”. He assertion that ‘every mine that is dug not only destroys the green forests, fertile lands and water bodies, but also often displaces entire village populations.’

Another of Fr. Stan’s works which enraged the government, was his fight for the Adivasi under-trials in Jharkhand. He was actively campaigning against the “indiscriminate” arrest of thousands of young Adivasis by investigating agencies after labelling them as ”Naxals” and had filed a public interest petition in the Jharkhand High Court against the state, asking for all such undertrial prisoners to be released on a personal bond, and also for conducting a speedy trial. He was instrumental in releasing the report “Deprived of rights over natural resources, impoverished Adivasis get prison – a study of undertrials in Jharkhand” by Bagaicha. The report states that, “Disproportionately large numbers of Adivasis, Dalit and other backward castes (generically referred to as Adivasi-Moolvasis) have been trapped in several false cases especially when they try to assert their constitutional and human rights that are often violated by those who consider themselves “upper” castes/ classes and the state system that serves the interests of those who follow the highly manipulated and prejudiced logic of “uppers” versus “lowers” in Indian society.” Further, “One of the most significant findings of this study is that 97 per cent of all 102 respondents, who were accused as being Maoists or ‘helpers of Maoists’ reiterate that the allegation by the police is wrong, and their arrests and imprisonment were based on misinformation. Other significant findings of the study are that a large number of fake cases under the draconian 17 CLA Act, UAPA and the anti-state sections of the IPC have been foisted upon the Adivasis, Dalits and the other backward classes in various parts of Jharkhand, particularly within the last decade. All this is part of the gross misuse of the criminal justice system by the state which favours only the rich and powerful to the detriment of the poor and downtrodden and is now more and more unscrupulously in favour of the take-over of the economically poorest people’s land and the nation’s resources by both multinational and domestic corporates (corporatization).”

Father Stan Swamy was booked by the Jharkhand government under sedition charges and under 66A of IT Act for social media posts on the Pathalgadi movement. The allegations were baseless. A month later, the Jharkhand and Maharashtra Police raided his house at Namkum, Ranchi and confiscated laptop, mobile phone and CDs in their effort to try and strike a connection with the Bhima Koregaon case. Father Stan Swamy lives along with his other colleagues inside the campus of his organisation “Bagaicha”, which works on tribal issues. A raid and interrogation which lasted for nearly four hours came as a total shock to the residents of “Bagaicha” as they had no clue why the Maharashtra Police will have any interest in searching their campus. The police had no search warrant but only a notice and request for Father Stan Swamy to co-operate.

In a statement, Fr. Stan had said that his work involved expressing dissent with several policies of the government, and laws enacted in violation of the Constitution. “This, I believe, is the main reason why the state is keen to put me out of the way. The most feasible way is to implicate me in serious cases and stall the judicial process to give justice to the poor innocent Adivasis,”

Father Stan Swamy was charged under the Unlawful Activities Prevention Act (UAPA), a draconian law that severely restricts Human Rights, and the 2019 amendment of which “contains provisions in direct violation of the Indian Constitution and international human rights standards” according to Human Rights Pulse, an International platform to raise awareness about current human rights issues around the world. This Act has also been criticised by other international human rights organisations, like Amnesty International and Progressive International. The main provisions of this Act, which make it controversial, are that it extends the pre-chargesheet custody period from 90 days to 180 days (six months!); it restricts the right to bail; and it makes the court depend upon the police documents to presume guilt of the accused. In essence it turns the basic premise of law, that a person is innocent until proven guilty, on its head! The proof is that the UAPA between 2016 and 2019 resulted in conviction by courts!

In the case of Fr. Stan Swamy, he was arrested for his alleged involvement in the Elgar Parishad case of the Bhima Koregaon riot incident. This was patently ridiculous when Fr. Stan did not attend the Elgar Parishad meeting nor gave any online speeches in it. The only so-called basis was an unsubstantiated report on Republic TV alleging his involvement! Later, certain ‘incriminating’ documents were conveniently ‘found’ on his computer, which had been confiscated by the National Investigating Authority (NIA)!

This gentle protector of the rights of the downtrodden, this apostle of the Christian values of Kindness, Sharing, Love, Peace, and Striving for Excellence in human conduct, was incarcerated in Taloja jail, and petty ruses were resorted to, to harass this man of God. Fr. Stan was a cancer patient and already suffering from Parkinson’s when he was arrested. His health deteriorated drastically in jail; in a statement to the court, he said, “When I came to Taloja, whole systems of my body were very functional, but during these eight months there has been a steady by slow regression of whatever my body functions were. Eight months ago, I would eat by myself, do some writing, walk, I could take bath by myself, but all these are disappearing one after another. So Taloja Jail has brought me to a situation where I can neither write nor go for a walk by myself. Someone has to feed me.”

On November 6th, 2020, Fr. Stan moved court seeking permission to allow a straw and a sipper, but it was only on December 4th, that he received it!. The prolonged wait for hearing his bail application, the bail application of a 84-year old priest, suffering from multiple life-endangering diseases, is in direct contrast to the speedy hearing given to, say, a Arnab Goswami. The most surprising thing was that the NIA, which consistently opposed Fr. Stan’s bail applications, never sought even one-day custody of Fr. Stan to question him!

It was only after his condition became fragile at Taloja hospital that he was permitted to be shifted to the private Holy Family Hospital. Unfortunately, it was too late by then as he had already contracted Covid-19. On July 4th, this holy man suffered a heart attack and passed away on July 5th, at 1:24 p.m.

In the death of this saint, who wrote from jail that “A caged bird can still sing”, we are all culpable. The governments, both Central and State, the petty jail authorities, the legal institutions, the executive, and overall, we, the common people of this country, who continue to turn a blind eye to the persecution of our conscience-keepers, the upholders of our Constitution and our Rights.

Fr. Stan is no more, but there are so many other undergoing the same fate; most notably those arrested in the Bhima Koregaon case. Let us strive to carry forward the noble work of Fr. Stan, and to not rest until all the innocents unjustly jailed under the draconian UAPA are released; until the very Act (UAPA) is abrogated. Only then, perhaps, can we ask for forgiveness. In the words of Martin Luther King Jr. “There comes a time when Silence is Betrayal”. 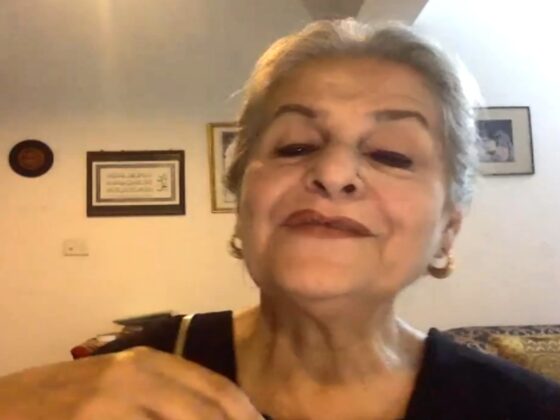