(This is continuation of the previous article and will examine the manifestos of the other political parties.)

YSRCP is dominant party in Andhra Pradesh headed by Jagmohan Reddy. YSRCP in its manifesto has a separate section on minority welfare. The promises in this section mainly focus on the cultural aspect of the Muslims and Christians. It promises protection of Waqf board property by digitizing records and drawing up special plans, assistance to those who undertake Haj pilgrimage and assistance to Christians going on a pilgrimage to the Holy Land, honorariums of INR 15000 per month to imams/ muezzins in mosques and INR 5000 to pastors. The manifesto mentions house sites for imams and making marriage registration process easier for pastors. Thus the emphasis in the manifesto is mostly on the cultural aspect of the minorities with very little thought given to the aspects of socio-economic or political equality/ non discrimination which renders such symbolic promises made to religious clergy very meaningless and merely tokenism for such marginalized communities.

Other provisions involving some aspects of welfare or financial assistance include giving Muslim and Christian brides INR 1 lakhs as assistance under YSR kanuka, assistance of INR 5 lakhs to the Muslims and Christians families of the deceased in case of accidents. One of the points mentioned in the manifesto is that the minority sub-plan would be implemented in a transparent fashion without really spelling out details. These ill planned provisions betray the piece meal approach of the party towards the minorities.

DMK is a party dominant in Tamil Nadu and seeks to consolidate the Dravidian identity. Their thrust is also on strong Tamil identity and support to the cause of Tamil Eelam in Sri Lanka. These agenda reflect in its manifesto where it pledges to making Tamil an official language at the Centre and extending protection to Tamil Eelam in Sri Lanka. It wants to protect its culture and places of worship.

The Manifesto emphasizes heavily on the right to equality or non discrimination of the minorities through the following points. The DMK manifesto in its separate section on minorities promises to implement the Sachar Committee recommendations for better employment and educational status of the Muslims along with recommendations of the Rangnath Mishra commission report to include Muslims in OBC list. It wants to enable the Dalit Christians too to be included in the SC list like the Dalits who converted to Buddhism. It wants to increase the government funding to the Moulana Azad Educational Fund. This Fund is established to promote education amongst educationally backward sections of the Society and funded by the ministry of Minority affairs. But due to lesser allocation of funds to the entity, it has not been effectively intervene to improve education and scholarship of minorities. Finally the manifesto wants a Special Investigation Team to look into the murders of Pansare, Kalburgi and Gauri Lankesh and the culprits brought to justice.

The rival party of DMK, AIADMK (ruling party in Tamil Nadu) also promised to grant the concessions of the SC/STs to converted Christian SC/ STs and converted Muslim SC/STs.  At the very outset the AIADMK manifesto claims to uphold the principles of Social Justice and Secularism. Clearly AIADMK doesn’t have a very well thought out plan for the minorities and certainly it doesn’t figure very prominently in their agenda.

BJD is the ruling party in Odisha. Odisha witnessed gruesome communal riots in Kandhamal in 2008 and 2010 where mostly the Adivasi Christians were forced to flee their houses and not allowed to return to their houses. Churches came under attack and nuns violated ruthlessly. The Christians in the state are intimidated and face violence in different forms. There is a strong aggressive drive to Hinduize the Adivasis in Odisha which is posing a formidable challenge to freedom to religion and belief and also cultural identity of the minorities. In this context, the manifesto doesn’t really address any of the concerns facing minorities in the state.

It is silent on their right to security or non-discrimination completely. However there are some promises for namesake. The manifesto promises free education for girls, SC/ST, minorities, backward classes and poor meritorious students of other castes along with skill up gradation incentive for SC/ST, backward classes and minorities at INR 25000 for skill employment. BJD mentions minority scholarship to students at all levels and minority marriage assistance to 2 girls of poor minority families. It promises world class community centres in identified clusters in predominately minority dominated areas.

Left parties can’t be categorized as regional parties. They have a different historical background from where they emerge and a broader agenda of democratic rights. Their thrust is more ideological and on the rights of the working class and the marginalized in the society. The Communist Party of India (Marxist) has been a dominant party in Kerala and West Bengal. However that didn’t necessarily mean non discrimination or better socio-economic status for minorities in West Bengal. In this rapidly changing socio-political scenario developing in the last five years, it would be interesting to analyze their election manifestos.

The election manifesto of the Communist Party of India (CPI) begins with its concern for secular democratic republic and constitutional ethos. It recognizes that secularism is one of the founding principles of the Constitution. Amongst the many challenges facing the Indian society according to the manifesto are, mob lynching of Dalits, tribals and minorities particularly Muslims in the name of cow protection and love jihad. The politics of hatred and subsequent polarization and alienation of the Muslims also figure in the concerns along with controversy about triple talaq, Ayodhya dispute and amendments in the Citizenship Act.  To that extent, the manifesto acknowledges that there is a threat to minorities in terms of right to security and culture. The manifesto specifically in its section on minority community focuses on two rights- right to security and right to non-discrimination. The manifesto pledges to implementation of Sachar Committee report and Rangnath Mishra commission recommendations as well as giving reservation to Dalits from all religious denominations. This is a good step in a positive direction to improve the socio-economic status of the Muslims. Both these reports have outlined measures to allocate more finance for education and livelihood of Muslims and also including Muslims in the OBC list for reservation. The manifesto also wants to ensure adequate representation and maintenance of diverse composition at all levels of judiciary by inclusion of women, SC/ST/OBC and minority communities.  As much as the right to security and culture are important, what will really help minorities to secure these rights is economic equality and political representation.

In terms of right to security, the manifesto promises to bring a dedicated law against lynching. This law will create criminal culpability of public officials with command responsibility. At the same time, it pledges amending the constitution to give constitutional status to National Commission for Minorities. This is to give some teeth to the Commission which at the moment has very nominal powers to make it more effective. If the commission is granted constitutional status it can initiate action against errant officials who do not attend hearings or are charged with dereliction of duty in protecting the minorities.

In its manifesto, the party at its outset pledges to protect the secular principle and democratic rights enshrined in the Constitution of India. It has a section dedicated to spell out the steps the party will take to defend secularism in India which it sees integral to protect the rights of the minorities. In regard to security of minorities, the manifesto promises a comprehensive law against communal violence which claims innocent lives mostly of the persons from minority communities. Further it promises speedy justice, adequate compensation, and state support to the victims of communal violence. Similarly it wants to ensure exemplary punishment for perpetrators of communal violence regardless of their official or personal position. Further in regard to mob lynching targeting the minorities, the manifesto wants to bring in a law on lynching and deal firmly with all the organizations and institutions spreading hatred. It also calls for banning vigilante groups and ‘illegal private armies’. It wants to ensure compensation to victims of mob lynching.

The manifesto states that it seeks to protect the rights of minorities to lead life of equality and dignity without any fear or discrimination. To ensure this, it spells out similar steps like the CPI but goes further in its promises. The manifesto wants to make Minorities Commission a statutory body with enhanced powers and status of its chairperson. It wants to implement the recommendations of the Ranganath Mishra commission report especially to include OBC Muslims in the OBC quota with specific state wise allocations. It talks of earmarking 15 percent of priority sector lending by the banks for the Muslims and subsidized credit for self employed Muslim youth. It also wants to formulate a sub plan for Muslim minority on the lines of tribal sub plan to implement Sachar committee recommendations and implement the provision related to Minority Area Development Programme. Thus this manifesto doesn’t restrict itself to the right to security alone of the minorities but also envisages their right to equality though it is largely silent on cultural rights of the minorities.

The election manifestos of the different political parties represent a range of approach to the issues of minorities. When analyzed against the framework of three major rights of security, culture and non- discrimination, it is observed that most manifestos have focused on two rights sharply- right to security in the background of the growing instances of communal riots and mob lynching and right to non-discrimination to improve the socio-economic status of the minorities. It was refreshing to see some of the parties to actually acknowledge the socio-economic marginalization faced by the Muslims as elaborated in details by the Sachar Committee report and promising to implement the recommendations of the report. Similarly, some manifestos also pledge to implement the Ranganath Mishra commission report recommendations. This is a positive step given that the discourse on minorities in India is almost entirely hijacked and dominated with their cultural aspect which is manipulated to create social fissures and highlight differences giving rise to conflicts and polarization. Most political parties in the past responded only to cultural issues largely by way of tokenism and lip service, doing very little to make minorities equal citizens by ensuring political and economic democracy to them.

Also some manifestos have recognized the threat to right to security presented by communal violence and promise laws to deal effectively with the violence perpetrated against the minorities which is entirely absent from the manifesto of the ruling party.  Mostly the manifestos are silent on the aspect of culture of minorities which is deeply problematic. A democratic country sworn to the ideals of pluralism and secularism shouldn’t seek assimilation of minorities but ensure democratic spaces for them to flourish. Though the right to culture is very pivotal, it may be a boon after all these years of deliberate neglect to focus more on aspects of equality and protecting the right to life and security of the minorities as citizens. It seems that at least on paper and before elections, most of the political parties have spared a thought for the minorities. One can only hope these promises are not just for electoral gains and forgotten after elections but implemented in sincere spirit to reclaim the true constitutional democracy aspire to be. 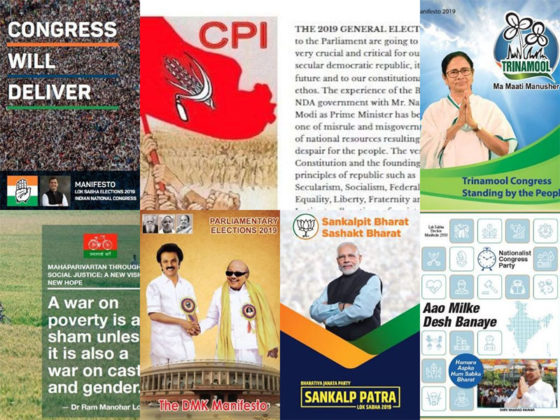 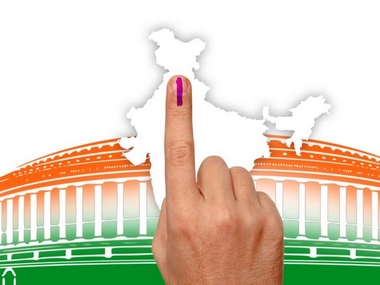