Increased hostility with a neighbouring country or internal conflict on fault lines of religion can always bail out a ruling regime in elections even when it has underperformed on the front of securing all citizens, livelihoods and economy. The BJP has been exploiting the condemnable terrorist attack on the CRPF convoy killing more than 40 paramilitary personnel at Pulwama in J&K, reportedly claimed by Jaish-e-Mohammed (JeM), and the consequent air strike by Indian Air Force (IAF) on Balakot in Pakistan, for its electoral prospects. The terrorist attack has been condemned widely. There is little credibility in Pakistan’s denial of its territory being used for training terrorist and launching terror attacks in India. Pakistan security personnel guarding the borders facilitate infiltration of terrorists into Indian territory by giving them cover fire. Jaish-e-Mohammad and other terrorist organizations are widely accepted to be assets of the Pakistani military and part of Pakistani deep state.

Addressing BJP’s “Vijay Sankalp” bike rally at Umaria in MP, Amit Shah said, “Elections should be about making the country and its economy stronger. Taking the Country’s pride to the sky… strengthening the security… giving a befitting reply to Pakistan…” He further said, “You didn’t have the courage to avenge soldiers’ blood. Modiji is doing that…” (Times News Network, 2019). While the BJP accuses the adversarial political parties of questioning the air strikes for political gains and thereby weakening the country and demoralizing the armed forces, the BJP itself isn’t shy of counting political gains over the dead bodies of the soldiers. B. S. Yeddyurappa, former Chief Minister of Karnataka and BJP leader asserted that the air strikes on Pakistan will be “decisive” for the ruling party’s victory in the upcoming Lok Sabha elections (Joshi, 2019). Yeddyurappa opined that BJP would now win 22 out of 28 Lok Sabha seats in the Karnataka state. PM Modi himself claimed that the nation was safe only in his hands by pledging that he wouldn’t allow the country to be wiped off, nor stopped nor its pride be bowed (India Today Web Desk, 2019). He was claiming the credit of the air strike carried out by the IAF.

The objective of planting speculated number was firstly to deflect the attention of the nation from the failure of the Government to protect its security personnel from the attacks of the militant and failure of internal security. A section of media was raising difficult questions for the Govt. Why was such a big convoy of CRPF personnel allowed to travel when there was intelligence report of such an imminent attack? Why were they not flown to their destination? The Governor of J&K had admitted such a failure to act on intelligence report. How such a large quantity of explosives in a state with large deployment of security personnel went undetected? When the Govt. of J&K were claiming success in eliminating large number of militants, why are there still so many? Why are the local Kashmiri youth joining militancy in large numbers? Is it for the lack of political initiative to solve the Kashmir problem? Is the policy of no dialogue with Pakistan helping suppress / control militancy in Kashmir?

These questions were disturbing for the ruling regime and attention of the nation needed to be deflected. The attention was deflected by assigning number of terrorists killed in the air strike in Balakot. People of India were misled by the “official” sources in the government to believe that a large number of terrorists were killed in the air strike – between 300 to 650 and some media speculated even larger number killed. Psychological injury of people was addressed in some sense. However, it makes the people of India blood thirsty and this does not ensure internal security. The “score” of 40 vs. 400 sort of squared up and amounted to 10 lives for every security personnel killed. After Pathankot and Uri, the surgical strike had similarly satiated the anger of people and forget the incident, but that did not prevent Pulwama. In this cycle of violence, increasing number of Indian security personnel are losing their lives and even ordinary citizens of Kashmir who are caught in the cross fire between security forces and militants are suffering. Terrorism in Kashmir goes on unabated. However, there is a greater danger – Wahabization of the separatist movement is endangering the social fabric of J&K.

Secondly, the number assigned to the number of people killed in the air strike enables the BJP to claim credit for the hard work done by the Indian Army and Air Force. Initially the Government said it had given free hand to the Army to plan its retaliatory action at the place and time of its choosing. The Air Force did so and carried out the strike even at the risk of lives of its fighter pilots. For the work done by Air Force, The BJP Govt. is taking credit. If no number was assigned to people killed in the air strike, the BJP would have found it be pointless to claim credit. The BJP has organized a number of “Vijay Sankalp” bike rallies throughout the country to mislead the people of India as if the air strike was planned and executed by the BJP and give all credits to the Prime Minister. All those voices in social media asking tough questions about loss of more than 40 lives of CRPF jawans have now been quietened and the bhakts as well as others will be satisfied even if the Govt. does not do more. Politicians demanding revenge and a blood thirsty nation puts pressure on the its armed forces for a hasty action that may not have desired outcome. We need a rational and reasonable nation and its institutions carefully planning actions that would bring about desired behavioural change and address the problem of terrorism.

Pakistan returned the IAF pilot Abhinandan Varthaman who bravely destroyed the Pakistani F-16 fighter plane with MIG 21 Bison aircraft to the country partly under the public opinion of peaceniks of within that country and partly to deflect the adverse international environment after the JeM claimed credit for carrying out the terrorist attack in Pulwama on 14th February 2019. However, the BJP is grabbing credit for even this gesture. BJP is good in forcefully and aggressively claiming credit for any positive action that takes place in the country, thanks to the “godi” media. Credit for updation of NRC in Assam when the updation was being carried out under repeated nudging by the Supreme Court was claimed by the BJP; all the old welfare schemes of UPA were renamed and credit claimed. On the other hand, blame is always assigned to the Congress and UPA – if Vijay Mallya, Mehul Choksi and Nirav Modi fled the country without clearing their huge debts, it was the fault of the UPA, if the economy is slowing down, it is the fault of the UPA and not demonetization or GST, etc.

The BJP is trying to create an impression that the country is more secure today and stronger after a ‘fitting’ retaliation – ‘mooh tod jawab’ – to Pakistan and the terrorists. The terrorists are deterred and will not dare raise their heads. The fight against terrorism, according to them is in its final stages. The fact is that even after the air strike, security personnel had to lay down their lives fighting the terrorists in J&K. There are no signs of JeM in PoK nervous. Five security personnel and one civilian was killed in 60 hour long encounter in Kupwara that concluded on 3rd March (Masoodi, 2019). They are going about their business as usual and in fact recruiting and training fresh people. Pakistani deep state may use them in future. Although one prays that the terrorists are incapacitated but hopes are not sufficient to tight against terrorism. Creating a fantasy that India is stronger today and more secure, the BJP will exploit the air strikes to the hilt for electoral outcomes. US led war against terrorism with all its might and modernised equipments did not end terrorism in Afghanistan. In fact the terrorist threat increased and proliferated. ISIS came into existence and the hundreds of thousands of people lost their lives in this war. US is pulling out of Afghanistan without ending terrorism and in fact sitting on the negotiation table with Taliban, the terrorist organization it  had declared war against.

Air strikes will hardly yield or weaken the terrorists. Fight against terrorism requires multi-pronged efforts and sagacity, including bringing international pressure on Pakistan to act on terrorist organisations and their finances. However, the most important aspect of fight against terrorism is to find a political solution to the problem of J&K, to win over the hearts and minds of people of J&K and resorting to a series of confidence building measures. The problem of terrorism in J&K may not cease merely because support to the local terrorists from Pakistan has been cut off. Fight against terrorism will require dialogue with all stake holders and finding a political solution to the vexed problem. The muscular policy using harsh security measures that targets the children of Kashmir with pellet guns has not deterred terrorism and will not do so in future. In fact such measures which violate human rights of people of Kashmir alienate the people of the state which then becomes fertile ground for recruitment of terrorists. More security personnel have been killed and larger number of terrorists has been killed in the past five years than ever before since the muscular policy has been adopted. Terrorism seems to flourish unabated. Relying only on security forces to neutralize terrorists and demonizing the entire community for acts of few individuals is certainly not the way to fight terrorism. Similarly, no war against terrorism has been won by chest thumping and claiming exclusive credit for the party in power.

The aggressive policy of the BJP with electoral outcomes is demanding that all citizens and opposition parties line up behind them unquestioningly. Any contrary opinion is quickly branded as anti-national and attempted to be silenced with the help of trolls in social media and “godi” media. The spokespersons of the BJP brand any contrary voice as sounding like that of Imran Khan and helping Pakistan. However, in spite of such intimidations some conscientious media persons and intellectuals are nevertheless expressing their opinions in the interest of democracy, accountable governance and rule of  law. They are bringing  on table more and effective ideas to find permanent solution to and decisive fight against terrorism. If the people of J&K opted for joining the Indian Union in 1947, it was because of promise of democracy, devolution of power, autonomy, secularism and the slogan of ‘unity in diversity’ quite contrary to Pakistan.

Today BJP is undermining the idea of India as a country embracing cultural and religious diversity, democracy, rule of law and secularism. It is also undermining the promise of autonomy to the people of J&K. The muscular and autocratic idea of India with homogenous culture where citizens do not have freedom to choose their food, clothes and are excluded on the basis religion is alienating the people of J&K, particularly the Muslims in the Valley and pushing a section of Kashmiri youth to prefer to sacrifice their lives and fight the Indian state in order to redeem their honour.

The sub-text of BJP style fight against terrorism where all contrary voices are sought to be suppressed is to look for internal enemies in dissenting intellectuals, Kashmiris and Muslims. Dissenting intellectuals, Kashmiris and Muslims are easy and soft targets that give impression that the Hindu supremacist cadres and the Govt. is fighting terrorism. However, such targeting is weakening the social fabric and unity of the people of the country and harming the Constitutional framework and rule of law. The democratic institutions of the country are the biggest casualty in the way BJP is politicising the fight against terrorism. 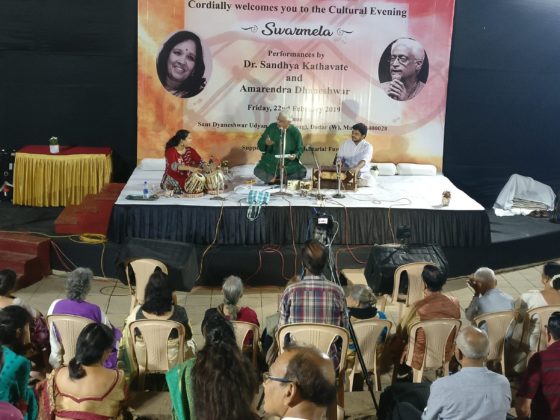