Communalism has emerged as a major threat to democracy in a multi-religious and multi-cultural society like India. Realising this, the architects of our Constitution made secular principles an integral part.

The last two decades have witnessed increasing communalisation of society. Though the principles of secularism are ingrained in our Constitution, communal forces are becoming increasingly powerful in diverting the social goals of society, and are also posing a threat to the human rights of the more vulnerable sections, especially women.

We need to understand the deeper dynamics of this problem in order to face its threat and to restore the democratic values.

Today, the increasing confidence of Hindu obscurantism, aggressive communalism, intolerance, Muslim fundamentalism and criminalisation of politics pose a serious challenge to our democratic polity especially in the context of the globalised and globalising paradigm of development.

The IJS has now completed 18 years of uninterrupted publication and has continued to maintain high standards and regularity.

Besides conducting debates and discussions at the academic level, the IJS also seeks to serve as a forum for activists in the field to initiate debates and air their views.

THE IJS is published by the Centre for Study of Society and Secularism (CSSS), a pioneer organization working for the promotion of communal harmony and the cause of secularism. The setting up of CSSS is the result of the growing concern of academics, social activists and prominent citizens and the affirmation of their efforts to strengthen the secular fabric of society.

The IJS is a pioneering journal which has exclusively focussed attention on secular and communal problems from the historical, political, economic, cultural and sociological perspectives. It publishes original research material, book reviews, deliberations and debates of a high academic standard. We are seriously committed to make the IJS a distinctive and exclusive journal on this subject not only in India, but also South Asia.

Each issue contains a wide range of topical, well researched articles and papers on themes that include

The journal is a valuable source of information and ideas for

The Editor welcomes articles, research papers and book reviews relevant to the main theme of the journal. Contributions should be typed in double space and addressed to: 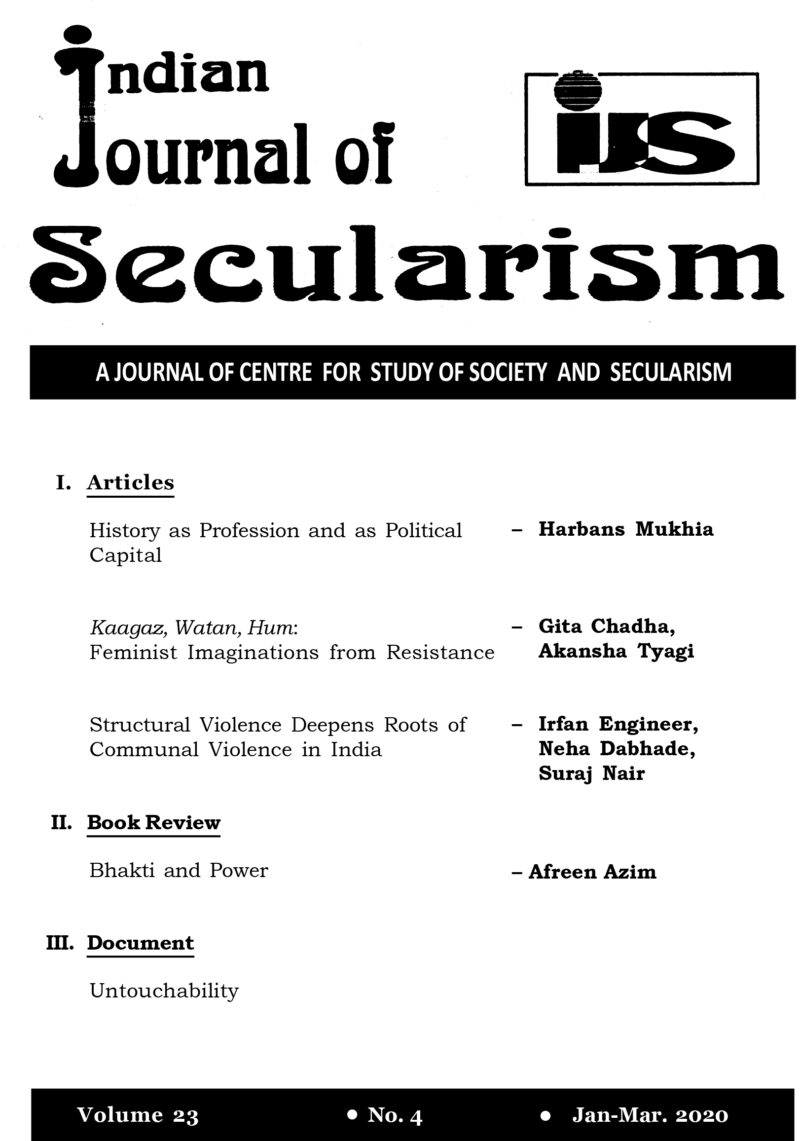 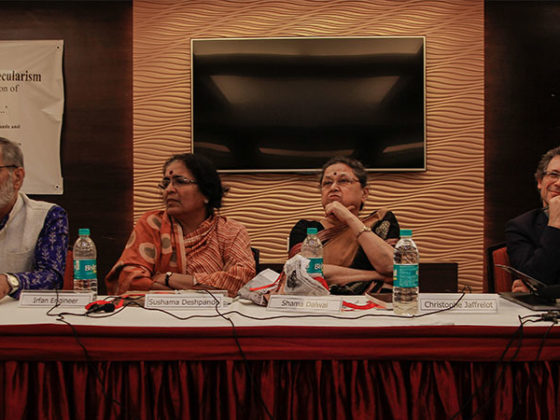 The Concept and Doctrine of Eternity in Islam