The Round Table Discussion on Future of Democracy, Social Justice and Secularism in India, was organized by Centre for Study of Society and Secularism (CSSS), Mumbai, on 28th May 2017 at GD Parikh Hall, University of Mumbai, Santacruz, Mumbai. Approximately 50 participants attended the Discussion. The participants consisted of academicians, activists and media persons.

Hosted by Kishore More of GD Parikh Hall, University of Mumbai, the conference was opened by Adv. Irfan Engineer, Director, CSSS, Mumbai, who gave a brief background about Round table discussion and its nature. Mr. Darryl D’Monte chaired first session on political mobilization and started the session by putting forth his thoughts on political mobilization.

However, the narrative discussed and drawn in the Round Table Discussion on Future of Democracy, Social Justice and Secularism in India can be divided in two sections to answer questions raised about introspection as to where the progressive movements including the secular movement had its shortcomings and the interventions that can be undertaken to strengthen secular and democratic values in the society.

One reason for the decline of progressive ideologies was the friction and divisions within them. The communist movement was divided which was then unable to raise class consciousness amongst professionals due to its sectarian issues. Also the secular movement along with other progressive movements did not address the economic issues of the poor. The aspirational middle class in an increasingly globalized world didn’t get mobilized for secular movement. Due to casualization of work there was a steady collapse of the working class.

This trend of political mobilization has continued and today the situation is alarming with the change in discourse of democracy. The nexus with political establishment and institutions like media has deepened leading to a challenge to freedom to expression and their ability to raise the issues of social justice. The discourse on democracy has changed to an extent that symbols like cow are used to perpetuate violence on minorities violating their right to life with disturbing impunity. The state is silent on such violations and thus used as a tool to consolidate power by capitalists and the hegemonic forces. The nexus between political power and capitalism doesn’t augur well for secularism.

In the second session followed by short break, was chaired by Dr. Ram Puniyani, Chairman of CSSS, talked about primary goal of right politics is to subjugate Dalit’s and women and not only minorities. He observed that the phenomenon of social engineering is at play.

There were serious concerns raised about middle class being victim of social media, and noting that liberals should be active on social media so as to counter any false marketers. It was pointed out that other parties apart from BJP lack IT cells. While resisting biases in education, Institutions have important role to play. Reading group will help out everyone understand what is meant by Democracy, Nation State, Social Justice, Secularism to start with. In order to counter prejudices, focus should be on students and dispelling their myths through active and innovative engagement.

It was suggested that a web of learning through e-groups should be created and music and rap can be used to communicate with youth to convey various concepts. Distribution of booklets of constitution along with rallying, going to village communities for a dialogue and making of social alliances can help in revisiting the vision of our liberal founders.

There is a necessity to publicize how many dalits, adivasis displaced as land taken from them and handed to capitalists as there have been recurring instances when democratic spaces, fellowships and scholarships are shrinking.

Lawyers, doctors, and other professionals can come together, and interventions can be taken on job losses by TV. There can be campaigns in community and within community to engage with religion and go to people.

There is need of consciousness & awareness among people about how communalism affects.

The idea of CSSS being resource center for future activities was suggested. Mosque can be a community centre. A forum as well as alternate, print, radio media should to be created to come together. Short Film Competition can be held in the context where participants are oriented to contents.   We need to work for peasants & workers movements. Democratic families are need of the time where family will act as a site for battle ground.

Debates and interventions must be initiated on nationwide ban on cow slaughter through litigation and spreading awareness about how livelihood will be affected. 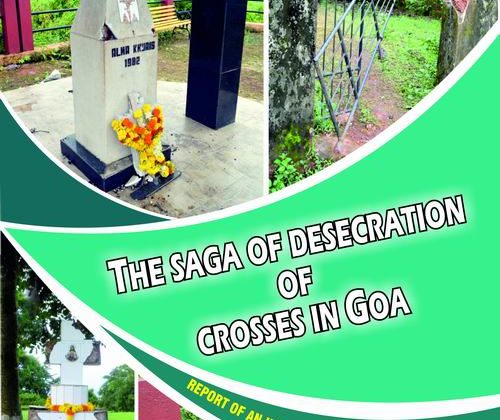 THE SAGA OF THE DESECRATION OF CROSSES IN GOA

REPORT ON BLEEDING KASHMIR: THE LAND OF KHAKHI, STONE PELTING AND HOPE

A History of Indo-Afghan Relations by Prof. Shah Mahmoud Hanifi

Report of Conference on Sufism and Social Harmony

REPORT ON BLEEDING KASHMIR: THE LAND OF KHAKHI, STONE PELTING AND HOPE

Lecture on Current Situation in Kashmir by Mr. Bashir Manzar

Talk on “Critical Issues in Muslim-Buddhist Dialogue in Contemporary Asia”